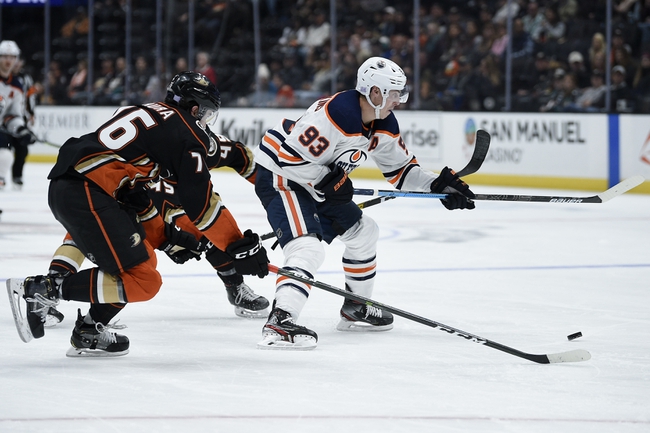 The Edmonton Oilers and Anaheim Ducks meet Tuesday in NHL action at the Honda Center.

While the last 10 meetings have been split down the middle, the Anaheim Ducks have had the upper hand over the Oilers over the years. With that said, the Anaheim Ducks are a team we've faded a lot this season, and that shouldn't change with them being the fourth least profitable team in the sport this season. The Edmonton Oilers have put together a couple of nice victories as of late and they're starting to get healthy with key players returning to the mix. The Edmonton Oilers are also the second most profitable team in the sport. Give me the road team and the cheap price.