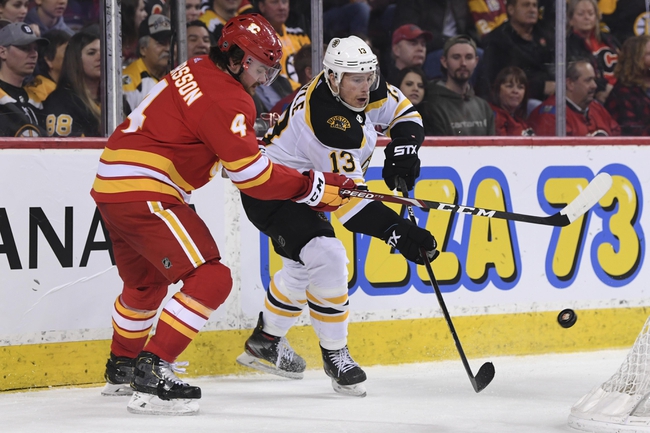 The Calgary Flames and Boston Bruins meet Tuesday in NHL action at the TD Garden.

The Calgary Flames continue to be hit or miss as of late, and now they run into a hot Bruins team that's beaten them in five of the last six meetings. Three of those six Bruins' victories were decided by two or more goals. The Flames aren't trustworthy enough on the road against good teams due to a defense that can be leaky at best. The Boston Bruins have been one of the more consistent defensive teams over the last month and usually beat up on the clubs they're supposed to beat. Give me Boston and the PL for added value.