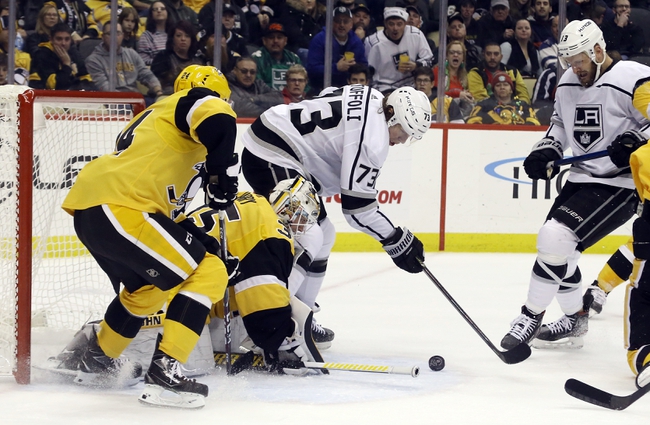 The Pittsburgh Penguins and Los Angeles Kings meet Wednesday in NHL action at the Staples Center.

The Los Angeles Kings have had success against the Penguins, winning four of the last five meetings, but these are two teams that are heading in different directions as the season enters the home stretch. Home ice hasn't helped the Kings much and the lack of consistency on the defensive end makes them very hard to trust against above-average competition. I'm laying the juice in this game simply because the price isn't that bad, and I don't want to get burned on the PL with a road team. Give me the Penguins in a victory.