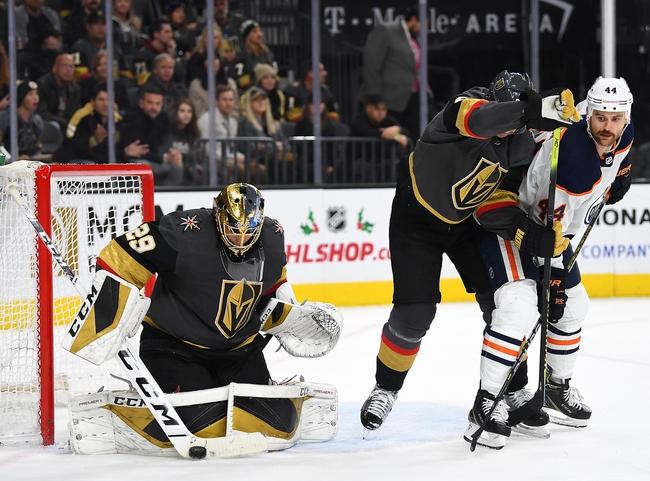 The Edmonton Oilers and the Vegas Golden Knights meet in NHL action from the T-Mobile Arena on Wednesday night.

The Edmonton Oilers will look to rebound from a 4-3 loss to the Anaheim Ducks in their last outing. Anaheim jumped out to a 2-0 lead after 20 minutes of play before Tyler Ennis got the Oilers on the board just after the nine minute mark of the 2nd period. Leon Draisaitl tied the game at two for Edmonton just over four minutes into the 3rd before the Ducks re-took the lead with just over seven minutes to go. The lead lasted all of 2:52 before Andreas Athanasiou scored his 1st goal as an Oiler to tie the game at three, eventually forcing overtime. The extra frame was short-lived though, as Anaheim scored the game-winning goal on the power play just over two minutes into the extra period. Mike Smith took the loss, falling to 17-10-6 on the year after allowing all 4 goals on 21 shots faced in the losing effort.

The heavy plus money with the Oilers is tempting as Edmonton is still a really good team. However, the Oilers have historically been bad on the second half of a back-to-back, and Edmonton didn’t look all that great in losing to the Ducks, and now they have to go on a back-to-back and face a red-hot Vegas team? No thank you. I think Vegas and the rest advantage will be too much for Edmonton to overcome here, so I’ll back the Golden Knights on the puck line in what could end up being a 4-2 or 5-3 game.