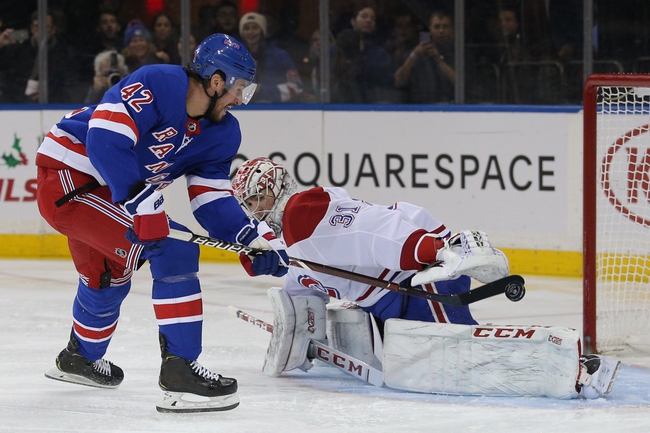 The New York Rangers and Montreal Canadiens meet Thursday in NHL action at the Centre Bell.

The Montreal Canadiens have won five of the last seven meetings against the Rangers, but they're not playing great hockey heading into this matchup. We've been on the New York Rangers bandwagon for most of this stretch and continue to cash with them in the underdog role. The Rangers are the most profitable team in the sport at the moment and there's no reason to stop backing them with all of these tickets cashing. Give me the Rangers and the plus money... Again.