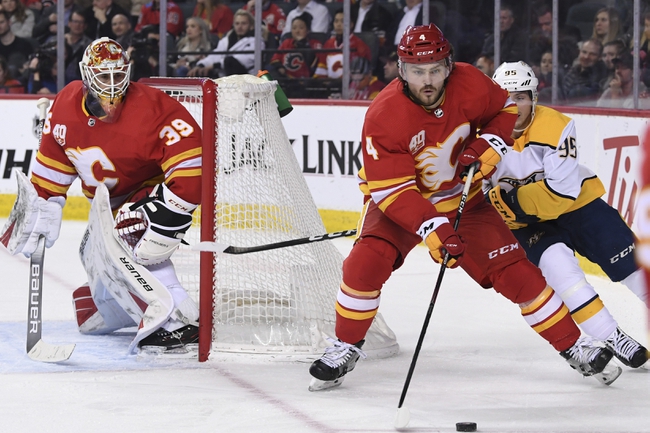 The Calgary Flames and Nashville Predators meet Thursday in NHL action at the Bridgestone Arena.

Both of these teams are hot and the plus money with the Calgary Flames is intriguing given their recent road success and the fact they've won five of the last eight meetings against the Preds. However, the Nashville Predators have turned things around at home lately, and they're one of the tougher home teams in the league when they have that going. The trends are pointing toward a Flames victory, but in a game between two teams in good form, I'm going to give the edge to the Predators on their home ice.