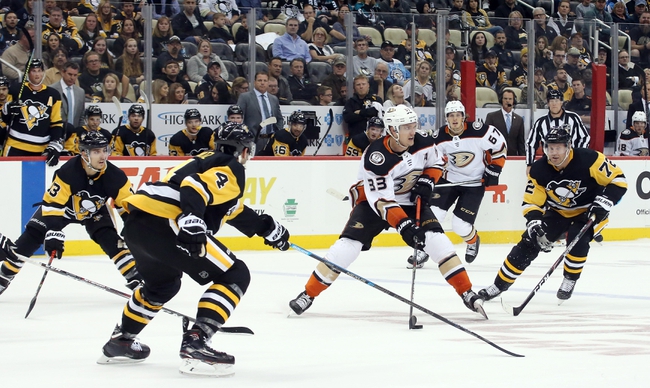 The Pittsburgh Penguins and Anaheim Ducks meet Friday in NHL action at the Honda Center.

The Pittsburgh Penguins have won five of the last eight meetings against the Ducks and enter this contest looking to put an end to their sudden losing streak. The Anaheim Ducks have had issues all year stringing wins together and home ice hasn't helped them all that much as of late. The Ducks are top-five worst teams in terms of money lost this season, while the Penguins are one of a handful of teams that's still profitable. I'll lay the juice with the Penguins, a game they should cruise.