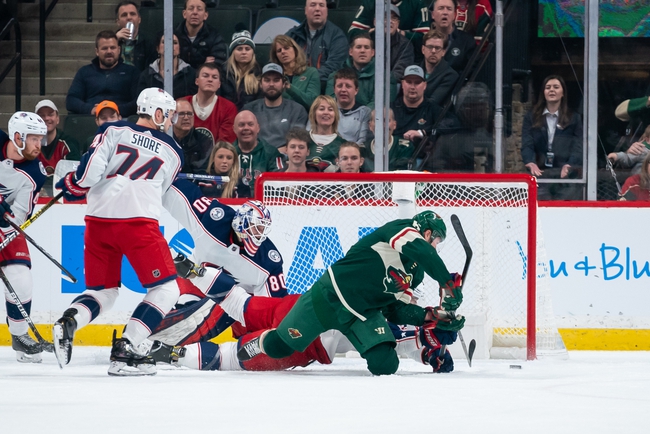 The Minnesota Wild and Columbus Blue Jackets meet Friday in NHL action at the Nationwide Arena.

The Columbus Blue Jackets are going to turn things around eventually, as they're too talented to continue this losing stretch, and they have the rest advantage here at home. The Blue Jackets should be favored. However, I'm not laying juice with a team that's lost nine of their last 10 games. I'm just not. The Minnesota Wild are playing the better hockey, have been kind to us lately in the underdog role and have won three of the last four meetings against the Blue Jackets. Give me the Wild and the plus money.