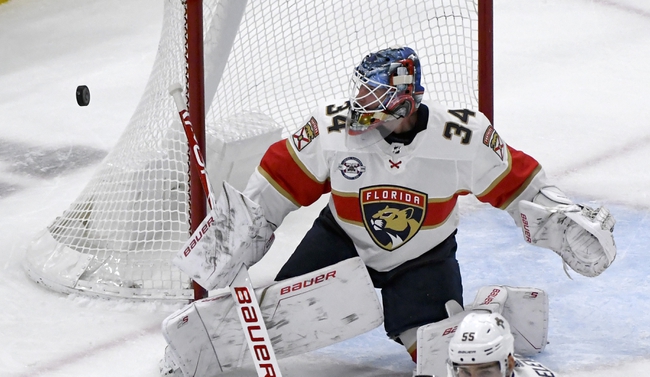 The Chicago Blackhawks and the Florida Panthers meet in NHL action from the BB&T Center on Saturday night.

The Chicago Blackhawks will look to build on a 5-2 win over the Tampa Bay Lightning in their last outing. The game was scoreless after the 1st period and a good chunk of the 2nd before the Lightning took the lead with just over four minutes to go in the 2nd period. Tampa Bay pushed ahead 2-0 early in the 3rd before Brandon Saad and Dominik Kubalik tied the game for Chicago with a pair of goals :26 apart. Slater Koekkoek and Kubalik would score 1:47 apart to push the Blackhawks in front 4-2 and Kubalik would complete his hat trick with a 5th unanswered goal for Chicago in the period to lock up the W. Corey Crawford got the win to improve to 12-18-3 on the year after stopping 36 of 38 shots faced in the winning effort.

The Florida Panthers will look to rebound from a 5-3 loss to the Toronto Maple Leafs in their last outing. Mark Pysyk opened the scoring for Toronto just over two minutes into the game before Toronto tied the game at one just 1:09 later. Mike Hoffman restored Florida’s lead just under four minutes later before Noel Acciari pushed the lead to 3-1 just over five minutes after that. Toronto tied the game at three by the end of the opening period, a tie that held up through the 2nd before Toronto took the lead at 4-3 at the nine-minute mark of the 3rd period. Florida outshot Toronto 14-6 in the 3rd period, but the Panthers wouldn’t get any closer as Toronto iced the win with an empty-netter late in the 3rd. Sergei Bobrovsky got the loss, falling to 23-18-5 on the year after stopping 24 of 28 shots faced in the losing effort.

I’ve said before that I questioned Chicago’s decision making at the trade deadline, trading away Robin Lehner, who was arguably their #1 goalie this season, and I had written them off in the playoff race. My feelings haven’t changed much, and Florida needs to win games to keep in the playoff hunt. However, Florida just can’t win games at home right now for whatever reason, and Chicago, while sitting further out than the Panthers, need to keep picking up confidence building wins to give themselves any hope of a playoff push down the stretch. Add in the amount of success Chicago’s had in this matchup, I think the Blackhawks and the plus money are worth a shot here.