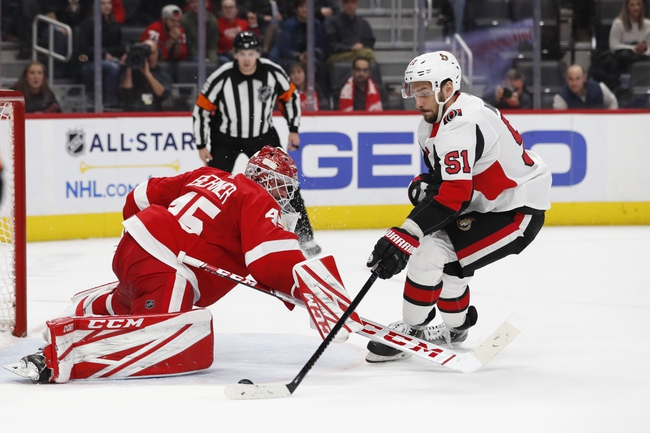 These are head and shoulders the last profitable teams in the sport, so this is a spot where I usually lean toward the plus money and hope for the best. However, the Ottawa Senators have shown some recent signs of life, and they've been less bad in terms of money lost on the season. It doesn't get any worse than what the Detroit Red Wings have done to bettors this season. I'm not thrilled about laying this much juice with the Senators, but it beats the alternative.