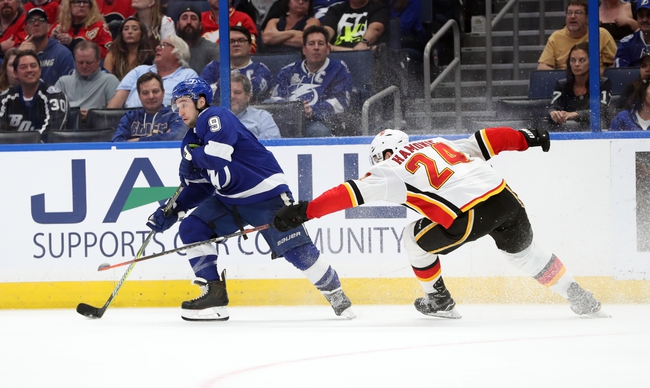 The Calgary Flames and Tampa Bay Lightning meet Saturday in NHL action at the Amalie Arena.

The Calgary Flames haven't had enough consistency the last few weeks that suggests they can go on the road and beat one of the better teams in the league. The Tampa Bay Lightning are going to get out of this funk sooner than later, and you have to like their chances against the Flames considering they've won seven of the last 10 meetings. The Lightning have scored no less than five goals in four of the last six meetings against the Flames. Give me the home team and the PL for added value.