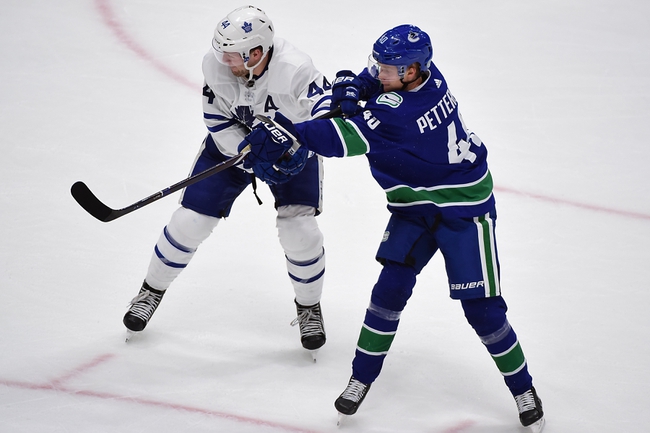 The Vancouver Canucks and Toronto Maple Leafs meet Saturday in NHL action at the Scotiabank Arena.