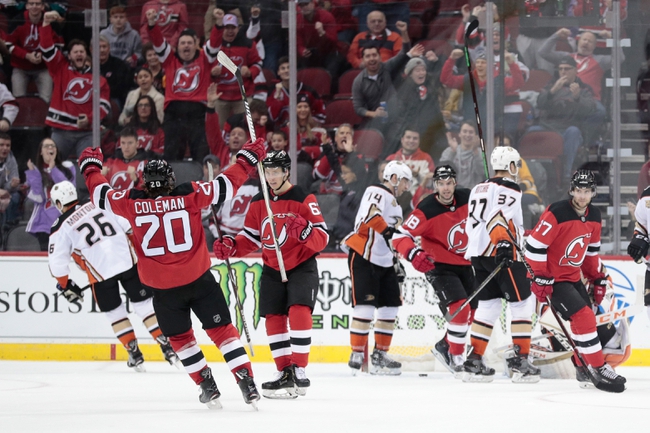 The New Jersey Devils and Anaheim Ducks meet Sunday in NHL action at the Honda Center.

The New Jersey Devils have burned me in back to back overtime games, and this is probably a spot where they should lose given all the hockey they've played the last few days and being on the end of a back to back. However, I'm not backing the Anaheim Ducks in the favorite role, a team that can't string wins together and gets peppered on the defensive end more times than not. The Ducks have been horrible as favorites these last two months. Once again, give me the Devils and the plus money.