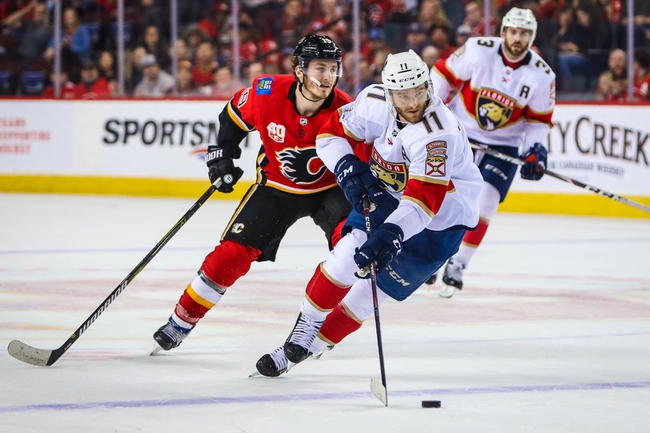 The Calgary Flames and Florida Panthers meet Sunday in NHL action at the BB&T Center.

With both teams on the end of a back to back, I'd have to give the edge to the team that didn't have to get on an airplane, and that's obviously the Panthers at home. The Florida Panthers have completely fallen apart since the All Star break and their playoff hopes are drifting away by the game. If the Panthers can't dig deep and find a way to come away with two points, their season is all but over. Because of home ice, I'll give the Panthers the slight edge, but I'm quickly losing hope on this team.