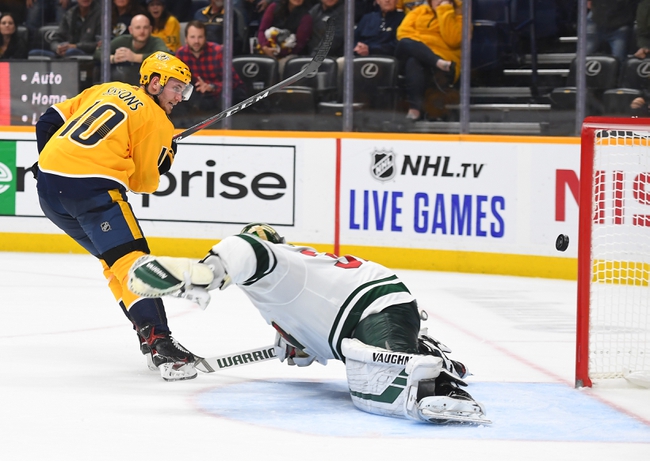 The Nashville Predators and Minnesota Wild meet Tuesday in NHL action at the Xcel Energy Center.

The Nashville Predators should be eager for a bounce back performance after getting blasted last night by the Oilers, and they should like their chances considering they've won seven straight agains the Wild while outscoring them 10-2 in the last three meetings. Home ice hasn't meant much to the Minnesota Wild lately and they're not a team I trust all that much in the favorite role. I'll take the Preds and the plus money based on the one-sided history between these two teams.