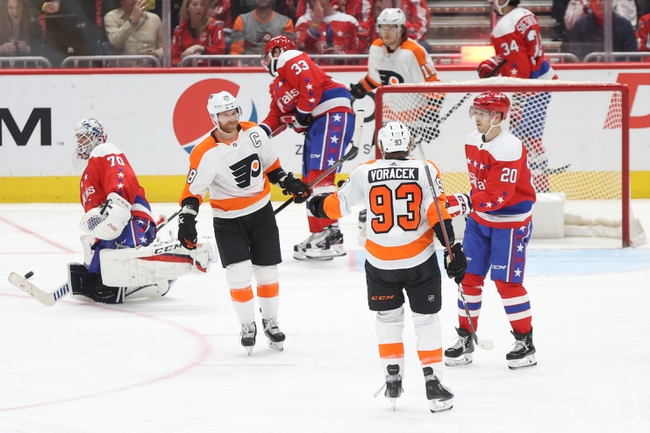 The Philadelphia Flyers and Washington Capitals meet Wednesday in NHL action at the Capital One Arena.

The Washington Capitals are going to be favored more times than not and they're hard to bet against, especially at home and given the history between these two clubs. However, we're getting plus money with a red hot Flyers team that's riding a six-game winning streak and has become a cup contender over night. The Flyers have also won the last two meetings against the Caps, outscoring them 10-4 in those games. Give me the Flyers and the plus money.