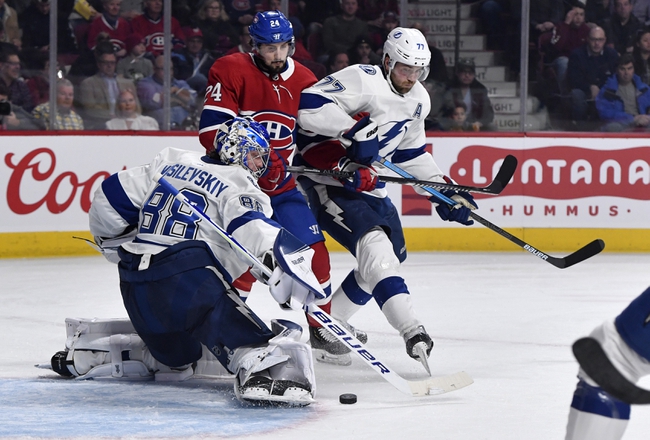 The Montreal Canadiens and Tampa Bay Lightning meet Thursday in NHL action at the Amalie Arena.

We know it's only a matter of time before the Tampa Bay Lightning snap out of this funk, and they're still one of the tougher home teams in the league as well. However, at some point you have to start taking advantage of the Lightning's struggles and cash on some of these insane prices on the other side. The Tampa Bay Lightning are one loss away from being losers on the season betting wise, and the Montreal Canadiens have played some of their best recent hockey on the road. I'll take a stab with the Habs and the big payout.