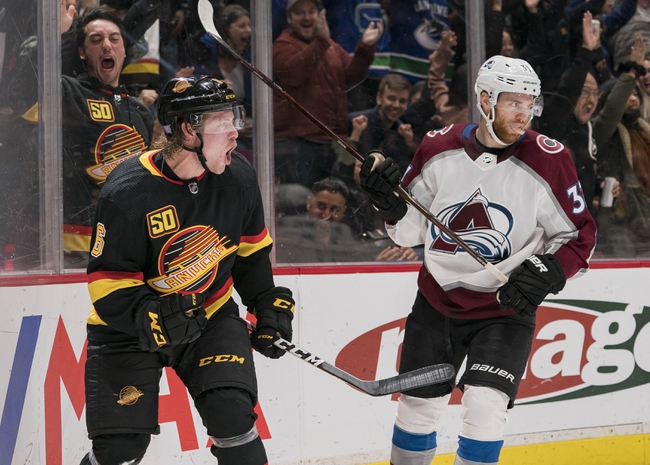 The Colorado Avalanche and Vancouver Canucks meet Friday in NHL action at the Rogers Arena.

The Colorado Avalanche should be favored and should get the job done against a slumping Canucks team, but I'm siding with the over in this spot. Five of the last seven meetings between the Avalanche and Canucks have produced six or more goals and the last four meetings overall are averaging 8.25 goals. The over has cashed each of the last four times in Vancouver, and the over has been a dominant trend for the Canucks overall these last few weeks. I'll take the over.