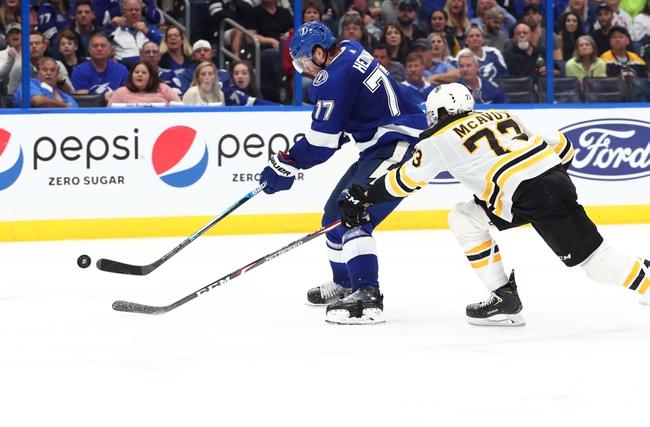 The Tampa Bay Lightning and Boston Bruins meet Saturday in NHL action at the TD Garden.

The Boston Bruins have been the model of consistency all season long and you probably shouldn't be looking to bet against them on their home ice considering they've won 67.7 percent of their last 118 home games. The Tampa Bay Lightning are in a bit of a funk, but we're still getting one of the best teams in the league in the underdog role. You don't get these prices often and I like to take advantage of spots like this, even if they're an underdog for a reason. I'll take a shot with the Lightning and the plus money.