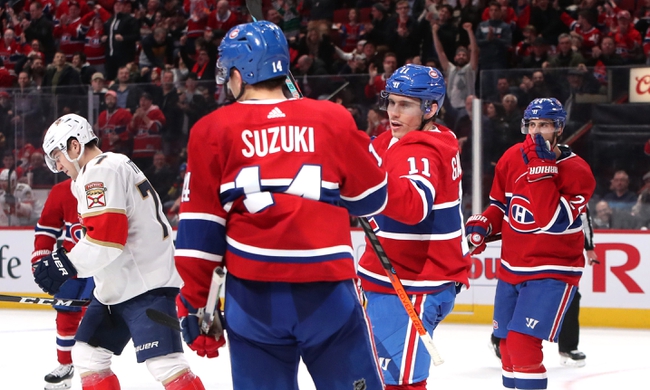 The Montreal Canadiens and Florida Panthers meet Saturday in NHL action at the BB&T Center.

The home team has won each of the last five meetings between the Canadiens and Panthers, and won eight of the last 10 meetings overall. The Montreal Canadiens haven't had much recent success in the underdog role, and the Panthers are probably coming off their best defensive performance in a Thursday overtime loss to Boston. If the Panthers are going to make an honest effort at a playoff spot, they better start winning these home games. I'll lay the cheap price with the desperate Panthers on their home ice.