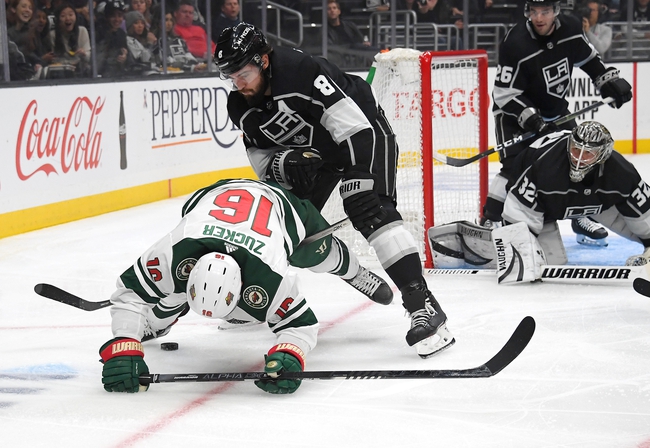 The Minnesota Wild and Los Angeles Kings meet Saturday in NHL action at the Staples Center.

The home team has won eight of the last 10 meetings between the Wild and Kings, and with both teams playing impressive hockey over the last week and some change, that's the direction I have to lean. The Wild have done some of their best recent work on the road, but the Kings can string some nice wins together out of nowhere and become quite profitable. At home with the decent plus money, I'll take a shot with the Kings, as the home team continues its dominance in this series.