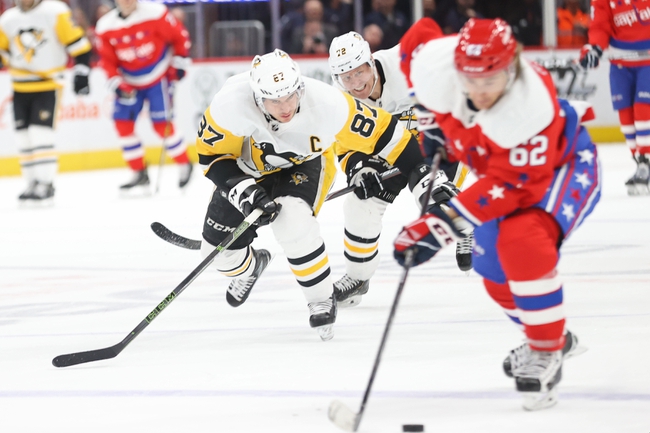 The Washington Capitals and the Pittsburgh Penguins meet in NHL action from the PPG Paints Arena on Saturday afternoon.

The Pittsburgh Penguins come into this game looking to build on back-to-back victories after picking up a key 4-2 road win over Buffalo in their last outing. Patric Hornqvist led the charge for the Pens with a pair of goals to bring his total to 17 this season, while Evgeni Malkin had a pair of assists and Sidney Crosby and Marcus Petterson made up the other pair of goals for Pittsburgh in the defeat. Matt Murray picked up the win in goal for Pittsburgh, stopping 28 of the 30 shots faced en route to the win to improve his record to 19-10-5 this season.

The plus money with Washington is tempting given what the Caps have done on the road all season long, but the fact is that Washington is slumping right now, losing 5 of their last 6 away from home lately, and Washington has just been faltering for the most part as of late. I think that home ice is the edge here as Pittsburgh gets the win and a key two points in this one.