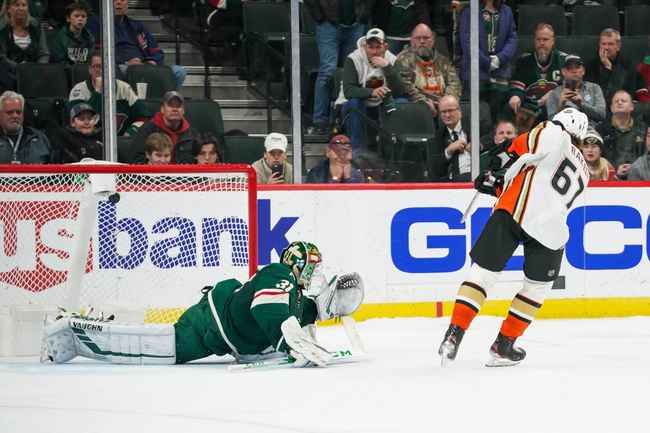 The Minnesota Wild and Anaheim Ducks meet Sunday in NHL action at the Honda Center.

The road team has won eight of the last nine meetings between the Wild and Ducks. The Minnesota Wild may be on the end of a back to back, but they're playing easily the better hockey entering this contest and are far more trustworthy on the defensive side. The Anaheim Ducks have been hit or miss all season and are just one of those teams I don't look to get behind much. I'm going with the Wild on the road.