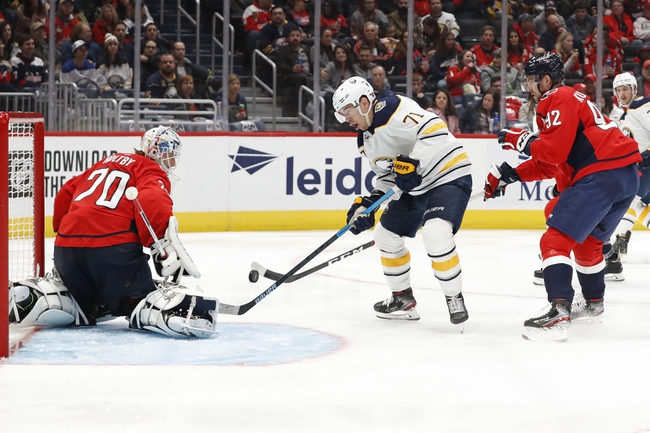 The Washington Capitals and Buffalo Sabres meet Monday in NHL action at the KeyBank Center.

The Washington Capitals seem to be climbing out of their funk slowly but surely, and now they run into a Sabres team they've beaten in eight of the last 10 meetings. The Buffalo Sabres just can't get out of their own way during their six-game losing streak, and while they've had success at home, they're not a team I run to in the underdog role or when playing above-average competition. There's only way I can go in this spot, and that's taking the Caps and the PL for added value.