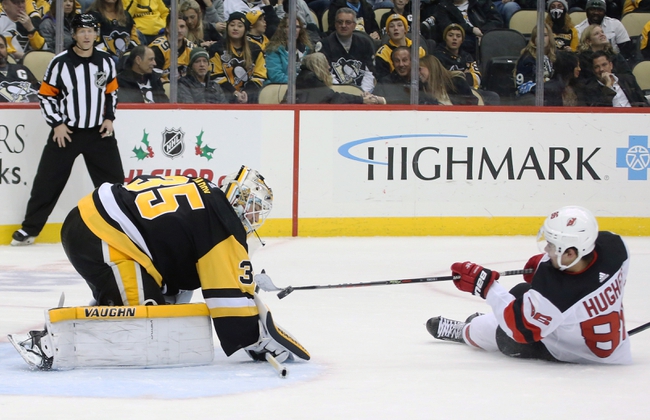 The Pittsburgh Penguins and New Jersey Devils meet Tuesday in NHL action at the Prudential Center.

The Pittsburgh Penguins should win this game when you consider their track record, but I'm not laying big juice with a Pittsburgh team that's piling up the losses out of nowhere and has looked bad on the road. We've faded the Pittsburgh Penguins all week in these spots, and while they probably won't last much longer, the big underdog payouts have been sweet. The New Jersey Devils have also won four of the last six meetings against the Penguins. Give me the home underdog.