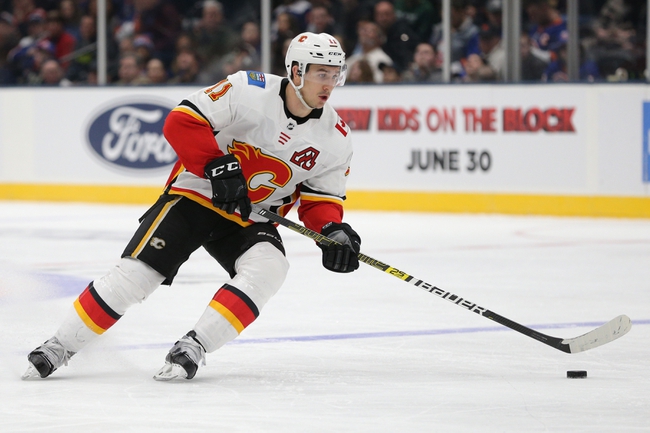 The New York Islanders and the Calgary Flames meet in NHL action from the Scotiabank Saddledome on Thursday night.

The New York Islanders will be out to snap a seven-game losing streak after a 5-4 shootout loss to Vancouver last time out. Brock Nelson had a pair of goals with 6 shots on target while Andrew Ladd and Jordan Eberle both got on the score sheet as well. Derick Brassard had a pair of assists while Mathew Barzal had an assist with a team-high 7 shots on goal and Ryan Pulock had 6 shots on target as well in the defeat. Semyon Varlamov ended up with the loss in goal, falling to 19-14-6 on the year after allowing 4 goals on 34 shots in regulation and overtime.

The Calgary Flames will look to rebound from a 5-3 loss to Vegas last time out. Milan Lucic had a goal and an assist while Dillon Dube and Matthew Tkachuk also got their names on the score sheet as well. Erik Gustafsson, Mikael Backlund and Andrew Mangiapane each had an assist with Backlund logging a team-high 4 shots on goal in the losing effort. Mangiapane and Elias Lindholm also had just 3 shots on goal apiece in the loss. David Rittich took the loss, falling to 24-17-6 on the year after giving up 4 goals on 31 shots faced in the losing effort.

I said it last game, and I’ll say it again here, I’m doing with trying to figure out what the Islanders are doing as they’ve just gone ice cold at the worst possible time. Calgary is at least figuring it out and have been cashing in when they’re favored. I’ll lay the juice with Calgary in this spot until the Islanders show some signs of life if at all.