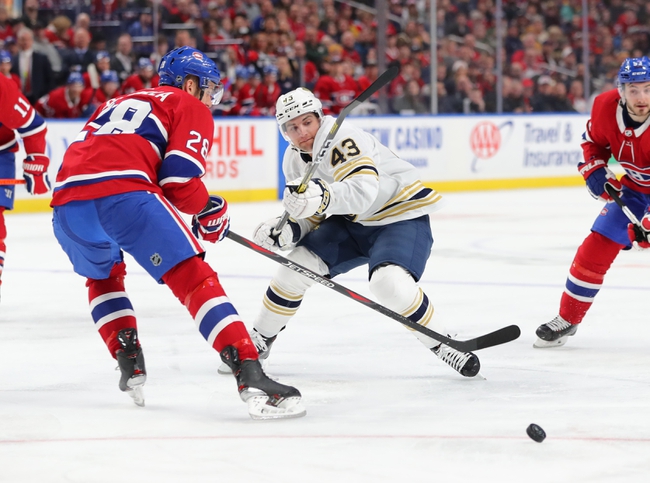 The Buffalo Sabres and Montreal Canadiens meet Thursday in NHL action at the Centre Bell.

I'm not excited about getting behind the Montreal Canadiens in the favorite role, but backing the Buffalo Sabres in their current form isn't much of an option, especially on the road where they've been awful for much of the last three years. The home team has won six of the last nine meetings between the Sabres and Habs and the favorite has won each of the last four meetings. Backing the Buffalo Sabres these days just doesn't make that much sense. I'd lay the juice with the Montreal Canadiens at home if forced to play this game.