What's The Most Goalie Losses In A Single NHL Season? 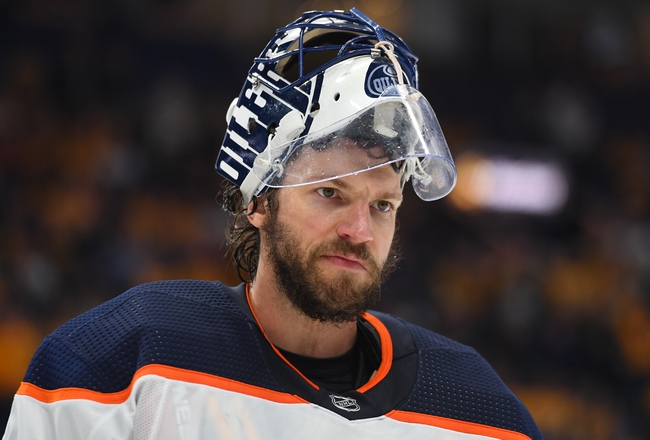 The Goalies With The Most Losses In NHL History

There have been some horrible seasons from goalies throughout NHL history and it seems like whenever they took the ice it resulted in a loss. However, like baseball, not every loss is the goalies fault, as sometimes his defense didn’t protect him or the offense couldn’t give him support. Still, if a goalie made this list, it was jut a horrible season from him no matter how you slice it. Get NHL Predictions and NHL Picks at Sports Chat Place.

Here are the most goalie losses in single season NHL history.

1. Gary Smith, 48 losses, 1970-71 - This was part of a two-year stretch where Gary Smith led the league in losses, goals allowed, shots against and saves. Through these two years, Smith allowed 451 goals in 136 games, resulting in a 3.5 goals against average. If only there was a goalie this bad in todays game, as you could make a mountain of cash with the constant fades.

5. Mike Smith, 42 losses, 2014-15 - Mike Smith has been a decent goalie throughout his career, but he jut couldn’t catch a break this season with the Arizona Coyotes, allowing 187 goals in 62 games and producing a career-worst 3.16 goals against average. This season had more to do with the Coyotes lack of offense more than anything.

6. Craig Billington, 41 losses, 1993-94 - Craig Billington played 63 games for the Ottawa Senators this season, allowing 254 goals and a 4.59 goals against average. Billington never again held a full-time starting role, and he finished his career with a 87.7 save percentage.

6. Marc Denis, 41 losses, 2002-03 - Marc Denis led the league this season in games played, losses, goals against, shots against, saves and minutes played. Denis had a goals against average of 3.09 this season and came away with 2,172 saves, so maybe this had more to do with the Columbus Blue Jackets defense more than the veteran goalie.

The pick in this article is the opinion of the writer, not a Sports Chat Place site consensus.
Previous Pick
What's The Record For Most Hat Tricks In A Single NHL Season?
Next Pick
Which Goalies Have The Most Losses In NHL History?