Which Goalies Have The Most Losses In NHL History? 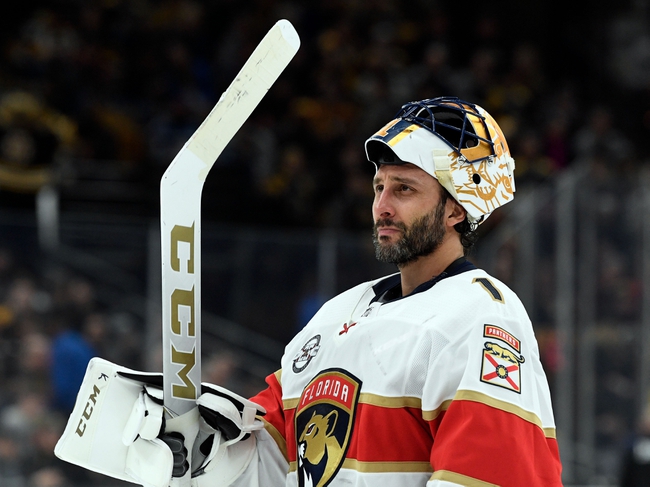 The Goalies With The Most Losses In NHL History

No goalie what’s to be credited with a loss, but if this list has shown us anything, it’s that losses are going to pile up the longer you play. At the time of this article, four of the 10 players listed at in the NHL Hall of Fame. Sometimes losses don’t indicate that the goalie isn’t good, it’s just what comes with the territory when decades are put into the sport.

Here are the goalies with the most losses in NHL history.

1. Martin Brodeur, 397 losses - Martin Brodeur is arguably the best goalie of all-time, and while he has the most losses ever, he only led the league in losses once in 21 seasons. Brodeur is also first in NHL history in games played, wins, shots against and his goals against average of 2.24 is ninth all-time.

2. Roberto Luongo, 392 losses - Roberto Luongo led the league in losses twice in 19 seasons, but he had a respectable 2.52 goals against average for his career. Luongo spent 11 seasons on mostly struggling Florida Panthers teams that were either too inexperienced or not willing to spend money. Luongo is first in Panthers history with 241 losses.

4. Gilles Meloche, 351 losses - Gilles Meloche was a hit or miss goalie and those losses piled up through 18 years and 788 games played. Meloche and his 2,755 goals allowed is third in NHL history.

5. Gump Worsley, 348 losses - Gump Worsley led hockey in losses three seasons out of 21 years, but he also won four Stanley Cups and is a Hall of Famer. Worsley is second in New York Rangers history with 270 losses.

7. Sean Burke, 341 losses - Sean Burke played for nine different teams in 18 seasons and led hockey with 31 losses his second year in the league. Burke lost at least 20 games 11 times, but his 2.39 goals against average is the best in Arizona Coyotes history.

8. Terry Sawchuk, 336 losses - Terry Sawchuk played 21 years, and while he led hockey in losses twice, he led the league in victories five times. Sawchuk is a four-time Stanley Cup winner and a Hall of Famer. Sawchuk holds the Detroit Red Wings franchise record with 245 losses.

9. Nikolai Khabibulin, 334 losses - Nikolai Khabibulin led the league with 32 losses in 2011-12 with the Edmonton Oilers, but he was a consistent goalie for 18 years and even helped the Tampa Bay Lightning win a Stanley Cup in 2003-04. Khabibulin finished his career with a 2.84 goals against average.

The pick in this article is the opinion of the writer, not a Sports Chat Place site consensus.
Previous Pick
What's The Most Goalie Losses In A Single NHL Season?
Next Pick
Who Has the Most Goals in NHL History?