Who Has the Most Goals in NHL History? 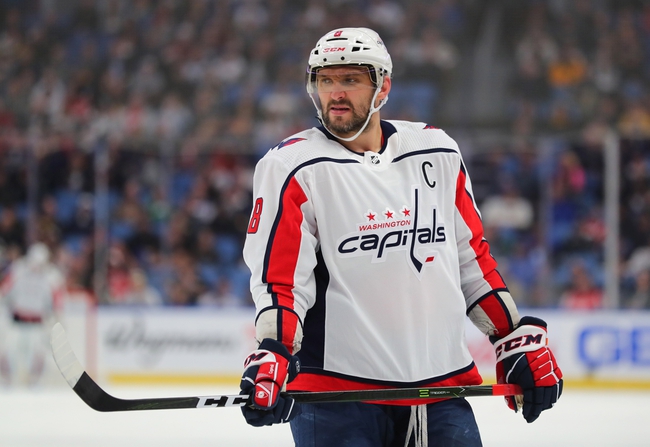 The NHL Players with the Most Career Goals

It’s not easy to score goals in the NHL. Getting the puck to the back of the net consistently requires an elusive mix of power, speed and finesse. Over the years, a few special NHL players have proven themselves adept at scoring during their lengthy careers, and they’ve become legendary names in hockey lore because of it. Get Free NHL Picks and NHL Predictions for every game all season long at Sports Chat Place.

These are the NHL players with the most career goals.

1. Wayne Gretzky, 894 (1979-99) - Almost every NHL statistical conversation begins with “The Great One.” Gretzky is probably the most universally recognizable hockey player ever, and for good reason. Among his seemingly endless career accomplishments, Gretzky holds a ton of records, including most career playoff goals (122), most career assists (1,963) and most seasons with 100 points or more (15). He won Stanley Cups in 1984, 1985, 1987 and 1988.

3. Jaromir Jagr, 766 (1990-2018) - Jagr is one of the titans in modern NHL history, and he’s got the career statistics to back it up. After entering the league at just 18 years old in 1990, Jagr immediately went on a scoring tear, posting 57 points in his first season. He managed 10 medals for the Czech Republic in the Olympics and international competition, and is the oldest player to record an NHL hat-trick.

5. Marcel Dionne, 731 (1971-89) - Dionne started out his NHL career quietly on some mediocre Red Wings teams in the early ‘70s but managed to get himself traded to the Kings in 1975 where he gained more notoriety. Playoff success eluded Dionne for most of his career, but he still managed some elite awards such as an Art Ross Trophy, two Lady Byng Trophies and a Hockey Hall of Fame induction.

6. Phil Esposito, 717 (1963-81) - Esposito accomplished much at just about every level of the NHL. Following a prolific career with the Black Hawks, Bruins and Rangers, he was a coach and GM (also with the Rangers), helped found the Tampa Bay Lightning and served as an NHL studio analyst on Fox before moving into radio commentating. Esposito won two Stanley Cups in his career and was inducted into the Hockey Hall of Fame in 1984.

7. Mike Gartner, 708 (1979-98) - Gartner began his hockey career in the WHA in 1978-79 and just missed out on Rookie of the Year, finishing second to some guy named Gretzky. Though he never played in the Stanley Cup Finals, Gartner utilized his season-to-season consistency to earn a Hockey Hall of Fame induction in 2001. His jersey number (11) was retired by the Capitals in 2008.

8. Alex Ovechkin, 706 (2005-20) - Speaking of the Capitals, Ovechkin has been a Washington fixture ever since entering the league as a first overall draft pick in 2004. He stormed out of the gate with 52 goals and 54 assists in his first season, leading all rookies in points and winning the Calder Memorial Trophy. As of this writing, Ovechkin is still very much active in the NHL and will undoubtedly be moving further up the career goals list.

9. Mark Messier, 694 (1979-2004) - Messier is a legendary and very well-decorated hockey player, with six Stanley Cup championships (five with the Oilers; one with the Rangers) to his credit. In addition to being a 15-time NHL All-Star, Messier has two Hart Memorial Trophy wins, a Conn Smythe Trophy and a Hockey Hall of Fame induction in 2007, his first year of eligibility.

10. Steve Yzerman, 692 (1983-2006) - Yzerman spent his entire career with the Red Wings, so he’s a beloved figure in Detroit. He dressed as team captain for over 1,300 games, so if you mention Yzerman’s nickname “The Captain” anywhere in the Motor City, most people will know exactly who you’re talking about. His jersey number (19) was retired in 2007 and Yzerman was inducted to the Hockey Hall of Fame in 2009.

The pick in this article is the opinion of the writer, not a Sports Chat Place site consensus.
Previous Pick
Which Goalies Have The Most Losses In NHL History?
Next Pick
Who Has the Most Assists in NHL History?