Which Player had the Most Goals in a Single Season in the NHL? 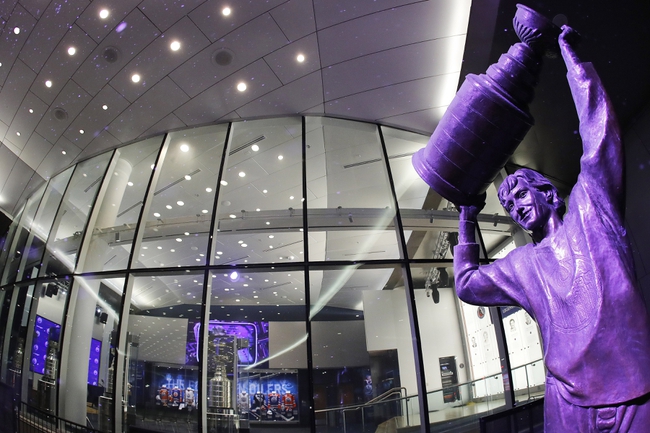 A Look at the Top Ten Players for Goals in a Single Season in National Hockey League History.

Top Ten Pitchers for Goals in a Single Season for the NationalHockey League.

There have been a lot of great players that have come through the National Hockey League.  Which players had the most goals for a single season?  Let us take a look and see who made this list.

1. Wayne Gretzky is atop the list, after netting 92 goals during the 1981-82 season.  Gretzky accomplished this while playing for the Edmonton Oilers. The hall of fame player had 68 goals at even strength during the season.  He collected 894 goals for his career in the NHL.

4. Mario Lemieux is 4th on the list, after collecting 85 goals for the Pittsburgh Penguins during the 1988-89season.  Lemieux registered 31 power play goals that season.  He scored 690 goals for his career, which was all as a Penguin.

T-5. Alexander Mogilny is tied for 5th with Esposito with 76 goals in a campaign.  Mogilny recorded 76 goals during the 1992-93 season with Buffalo.  He had 11 game winning goals during the season.  The 2x all star had 473 goals for his career.

8. Wayne Gretzky is back on the list at number 8, after scoring 73 goals during the 1984-85 season.  Gretzky scored his 73 goals with Edmonton.  During that season he had 11 short handed goals.

9. Brett Hull is back on the list for the 2nd time at number 9.  Hull notched 72 goals during the 1989-1990 season for the St. Louis Blues.  He recorded 12 game winning goals and 27 power play goals during that campaign.

T-10. Wayne Gretzky helped round out the top 10, after collecting 71 goals during the 1982-83 season.  The hall of fame player registered 71 goals with Edmonton, with 6 of those goals being short handed.

The pick in this article is the opinion of the writer, not a Sports Chat Place site consensus.
Previous Pick
What NHL Coaches Have The Most Wins?
Next Pick
Carolina Hurricanes vs. New York Rangers - 2020 NHL Playoff Series Picks, Odds, and Prediction