Which NHL Goalies had the Most Playoff Wins? 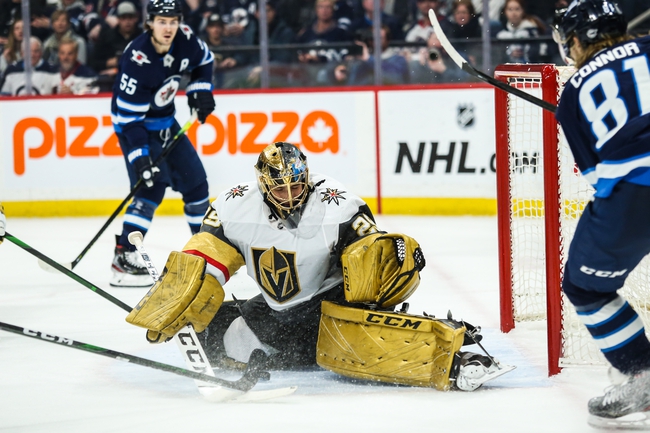 A Look at the Top Ten Goalies for the Most Wins in the Playoffs.

Top Ten Goalies for the Most Postseason Wins in the NHL.

There have been a lot of great players that have come and went through the National Hockey League.  Some players stood out for a full career, others stood out for one season.  Let’s take a look at which goalies had the most wins during a playoff career.

1. Patrick Roy is atop the list, after collecting 151 wins during his postseason career. Roy played in the NHL from 1984-03.  The longtime goaltender totaled 247 career playoff games.

2. Martin Brodeur is 2nd on the list, thanks to his 113 playoff wins.  Brodeur played his career in the NHL from 1991-15.  The hall of fame member played in 205 postseason games during his time in the NHL.

3. Grant Fuhr is 3rd on the list, after collecting 92 wins from during the playoffs.  Fuhr registered these wins during his career that was played from 1981-00.  He played in 150 career playoff games.

T-4. Ed Balfour is tied for 4th with Smith, after registering 88 NHL playoff wins.  Balfour was in the NHL from 1988-07.  The hall of fame member participated in 161 career playoff games.

7. Marc-Andre Fleury makes the list at number 7, thanks to his 78 postseason wins.  Fleury is the first active player to make the list, as his career started in 2003.  The goaltender has started 134 games out of his 142 career postseason contests.

8. Mike Vernon is 8th on the list, after registering 77 postseason wins during his NHL career.  Vernon was in the NHL from 1982-02.  The 2x Cup Winner played in 138 games in the postseason.

9. Chris Osgood is number 9, thanks to his 74 playoff wins.  Osgood played in the NHL from 1993-11.  The longtime Detroit Red Wing participated in 129 playoff games.

10. Jacques Plante rounds out the top 10, thanks to his lengthy NHL career.  Plante registered 71 postseason wins, while playing in the NHL from 1952-73.  The hall of fame member played in 112 postseason games.

The pick in this article is the opinion of the writer, not a Sports Chat Place site consensus.
Previous Pick
Vancouver Canucks vs. Minnesota Wild - NHL Playoff Series Pick, Odds, and Prediction
Next Pick
Which NHL Players Played in the Most Games During a Playoff Career?