Which NHL Goalies Have the Most Career Wins? 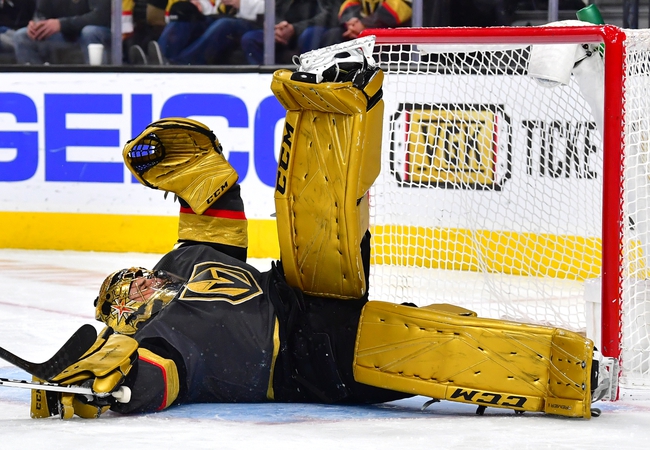 Have you ever wondered which NHL goaltenders have the most career wins? Today we will go over 10 NHL goalies who have accumulated the most career wins. This list is packed with goalies that helped their respective teams more than they could have ever imagined during their illustrious NHL career.

We start our list with none other than Marty Brodeur, the New Jersey Devils great who could arguably be the greatest NHL goaltender of all-time. Brodeur posted fantastic numbers in his long career. He played all but seven games in his career with the Devils, those other seven being with the St. Louis Blues. Brodeur also has four Vezina trophies under his belt, a feat that most goalies could only dream of. Brodeur was inducted into the Hall of Fame in 2018.

Next up on the list is Patrick Roy, goaltender for the Montreal Canadiens and the Colorado Avalanche. Roy is a three-time Vezina Trophy winner and a four-time Stanley Cup Champion. Roy has also won three Smythe Trophies for being the best player throughout the Stanley Cup Playoffs. Roy was inducted into the Hall of Fame in 2006.

Roberto Luongo is the number three goaltender on this list with an impressive 489 wins. Luongo was drafted by the New York Islanders but played most of his career with the Florida Panthers and Vancouver Canucks. Luongo was a two-time all-star and a recipient of the William Jennings Trophy for the goaltender who allows the least amount of goals in a season with a minimum of 25 games played.

Next on our list is Ed Belfour who amassed 484 wins the five NHL teams he played for (CHI, DAL, SJS, TOR, FLA). Belfour was a two-time Vezina Trophy winner and a three-time Jennings Trophy winner as well. Belfour also won the Calder Trophy for the Rookie of the Year in the NHL. Belfour was inducted into the Hall of Fame in 2011.

Next, we have our first active NHL goaltender in Marc-Andre Fleury, who currently is the starting goalie of the Vegas Golden Knights. Fleury is a three-time Stanley Cup Champion, all of which came during his time with the Pittsburgh Penguins. Although “The Flower” does not have too much hardware as of now, but he has proven to be one of the NHL’s best goaltenders for years.

Henrik Lundqvist is next on our list, and he is also an active player in the NHL today. “The King” has been named to two all-star teams, and he also won the 2011-12 Vezina Trophy. Lundqvist has spent his entire career with the New York Rangers, and that is where he will most likely finish his career as well.

Next, we have Curtis Joseph, who has totaled 454 wins throughout his NHL career. Joseph was the recipient of the King Clancy award in the 1999-00 season, which is an award that goes to the NHL player that exudes leadership on and off the ice. Joseph played for the Blues, Oilers, Maple Leafs, Red Wings, Coyotes, and Flames in his career.

The next goaltender on our list is Terry Sawchuk, who played throughout the fifties and sixties. Sawchuk, who started in the NHL when he was 20 years old and ended when he was 40, was a four-time Vezina Trophy winner. Sawchuk also won the Calder Trophy and was a seven-time all-star. He was inducted into the NHL Hall of Fame in 1971.

Jacques Plante is number nine on our list. Plante was a seven-time Vezina Trophy winner, which is the current record for the most by any goalie. That record will most likely never be broken, and for good reason. Plante was also a seven-time all-star recipient and a six-time Stanley Cup Champion. Plante was inducted into the Hall of Fame in 1978.

The last goaltender we have on our list in Tony Esposito. Esposito was a three-time Vezina Trophy winner for the Chicago Black Hawks, and he was also a five-time all-star. Esposito was also awarded Calder Trophy and was inducted into the Hall of Fame in 1988.