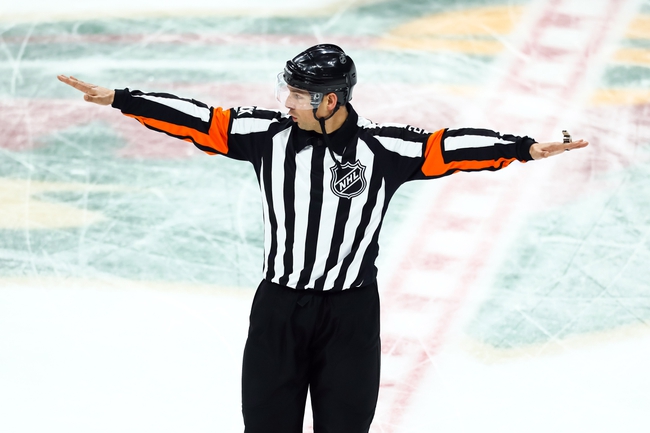 This is your daily roundup of all the NHL news that will affect the 2020 season. The league has entered Phase 2 of its “Return to Play” plan, and with any luck it appears we’ll have professional hockey back very soon. Let’s take a closer look at today’s NHL news and updates. Get Free NHL Picks and NHL Predictions for every game all season long at Sports Chat Place.

What Is Phase 2? - The NHL has had a general plan for returning to the ice for the past couple of weeks or so, and this week Phase 2 of that plan went into effect. The 189 regular-season games originally scheduled from March 12 through April 4 have been cancelled, and when the league resumes play we’ll jump straight into a 24-team playoff featuring the top 12 squads from each conference. More on that in a moment.

The practice guidelines currently in place include voluntary small-group workouts at team practice facilities, and a maximum of six players are permitted in each group. Players will be tested for coronavirus twice per week and at least 48 hours before entering the practice facilities. This is essentially the first step in returning to full-team workouts.

What is Phase 3? - The next step announced by the NHL in this Return to Play process is Phase 3, which is a formal training camp. The league hasn’t set a concrete spot for that just yet, but the earliest date would likely be July 10. There are still myriad issues to work through concerning medical and legal guidelines, so the NHL has about a month to iron all of that out. We’ll keep you posted with daily updates until then.

2020 NHL Playoffs - So what will the NHL look like when it returns? Well, that’s Phase 4, and the league has a fairly detailed outline of how the playoffs will proceed. The top 12 teams in each conference based on points percentage through March 11 will participate. 24 teams in two “hub” cities will begin with Seeding Round Robins, then a Qualifying Round and conference-based Stanley Cup Playoffs.

If that sounds confusing, it is. Let’s try to clarify things a little better. Each conference will be assigned a “hub” city featuring secure hotels, arenas, practice facilities and transportation for the players. Teams will be limited in the number of staff that can accompany them to the arenas, and times/dates for the games will be decided in the near future. As for the playoff conference seeding, the top four teams in the standings will participate in the Round Robin, and the remaining eight teams will play best-of-five series to advance to the First Round to face the Round Robin teams. After that, a Second Round, Conference Finals and Stanley Cup Final are planned, but the formats have not been finalized.

Where Will the NHL Playoffs Happen? - The league is still deciding on possible “hub” city locations, but here are the candidates on the list: Chicago, Columbus, Dallas, Edmonton, Las Vegas, Los Angeles, Minneapolis/St. Paul, Pittsburg, Toronto and Vancouver.

As of now the NHL is still very much in the decision-making process as far as potential locations; those determinations will be made based on virus conditions, testing availability and government regulations. There are also some lingering and very fluid border issues concerning making the trip from Canada to the US and vice-versa, so it’s quite possible that we could see the 2020 NHL Playoffs isolated to one country.

2020 NHL Draft Lottery - One last positive NHL note for today: the 2020 NHL Draft Lottery is still on schedule for Friday, June 26. The Detroit Red Wings and the Ottawa Senators have the best odds of landing the first pick. We’ll check back on all the draft happenings often as the lottery draws closer, so stay tuned.

The pick in this article is the opinion of the writer, not a Sports Chat Place site consensus.
Previous Pick
Edmonton Oilers vs. Chicago Blackhawks - NHL Playoff Series Pick, Odds, and Prediction
Next Pick
NHL News: Update for 6/11/20