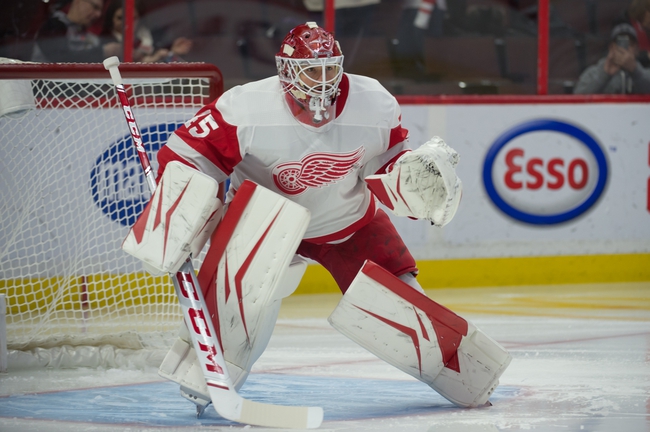 Here’s your daily roundup of all the current NHL news that will impact the 2019-20 season. Today we’ve got an official date for the opening of postseason training camp, as well as some additional information on how the Stanley Cup Playoffs will potentially look, so let’s take a closer look at today’s NHL news and updates. Get Free NHL Picks and NHL Predictions for every game all season long at Sports Chat Place.

NHL Training Camps Open July 10 - In a very big announcement Thursday, the NHL and the NHL Players’ Association stated that formal training camps for the 24 teams that will be resuming play (more on that in a moment) will begin on Friday, July 10, provided no unforeseen virus circumstances arise.

Under the NHL’s reopening plan, we’re currently in Phase 2 of the “Return to Play” initiative. Small groups of players (under six) are permitted to gather at training centers and resume hockey activities. When the training camps are formally allowed to open—and that date is now July 10—the league will enter Phase 3, which is expected to last upwards of three weeks. If all goes according to plan, the 24-team postseason tournament to decide this (very odd) year’s Stanley Cup winner will commence after that. All the “phases” and dates can be confusing and subject to change, so for now just circle that July 10 date on your calendar and we’ll try to sort things through in our daily NHL updates.

Playoffs Hub City Selection - One other huge part of the NHL’s reopening and playoff plan lies in selecting one “hub” city for each conference. All of the postseason games will be played in these two cities, so there are massive health, legal, safety and logistical considerations involved in the decision. The NHL will have to weigh current coronavirus cases, quarantine rules, testing availabilities and myriad other factors here, so don’t expect a formal decision too quickly.

What we do know is the list of potential hub candidates who could host the playoffs: Los Angeles, Las Vegas, Minneapolis/St.Paul, Dallas, Chicago, Columbus, Pittsburgh, Edmonton, Vancouver and Toronto. Realistically speaking, getting a host of American teams and staffs over the border to Canada seems like a logistical nightmare, so the general sentiment seems to be leaning toward keeping both host cities in the US--there is of course nothing set in stone, however. We’ll keep you posted in future NHL news updates.

2020 NHL Draft Lottery - With all the commotion over getting the season back on track, the 2020 NHL Draft Lottery has been relegated to second-tier news, even though it’s fast approaching. The lottery itself is still set for June 26, but the format has changed dramatically—and we’ll get into that more as the date draws closer; there’s a lot to unpack, and lots of confusing "phases" and scenarios that could potentially play out.

For now, the Detroit Red Wings have the best odds at landing the No. 1 overall pick at 18.5% and the Senators have a couple of viable slots just below that—one courtesy of San Jose. In any case, the first pick is expected to be Alexis Lafreniere, who has been the consensus top player in this draft for quite a while.

We’ll digest all the new NHL info as it develops in our daily updates, so stay tuned.