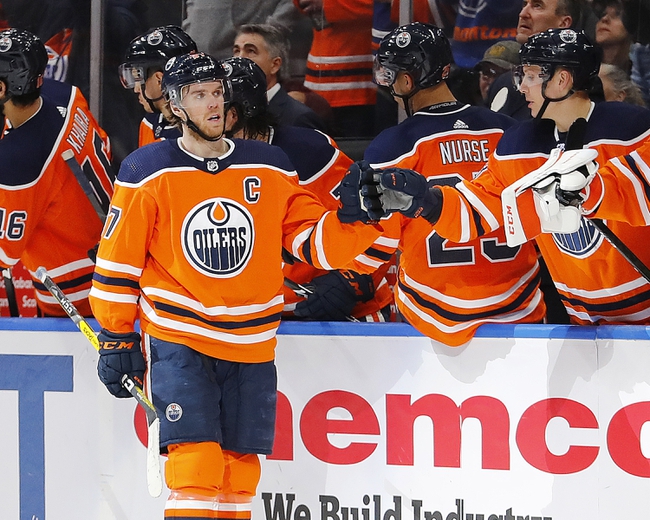 Here’s your daily roundup of all the current NHL news that will affect the 2019-20 season. Today we’re continuing to break down the league’s plans for a restart as all the information trickles in, so let’s take a closer look at today’s NHL updates. Get Free NHL Picks and NHL Predictions for every game all season long at Sports Chat Place.

NHL Playoffs Overview - The NHL’s plans for resuming play can sound a little convoluted due to all the details and contingencies involved, so let’s go over a few of the key areas and dates.

The next notable milestone for the NHL returning to the ice will be July 10, which is the scheduled start date of the postseason tournament that will decide the Stanley Cup. Prior to that, we’ll have three weeks of training camps as teams gradually move toward normalcy. That’s going to be a bit of a challenge for some franchises, as NHL commissioner Gary Bettman said this week that upwards of 17% of players are currently overseas.

There’s an additional issue with Canadian teams having to navigate the US border. Under the current guidelines, players crossing the border would have to self-quarantine for a two-week period. Oilers GM Ken Holland gave some insight on that issue late this week, stating that his team would wait until the playoff “hub” cities are selected (more on that in a moment) before making any decisions about training camp sites. Vancouver, Calgary and Edmonton are all reportedly looking at potential camp locations in the United States. Once the hubs are determined, we’ll be getting a flurry of information on those teams’ intentions, so stay tuned.

So, which cities will be selected? Right now it’s anyone’s guess, but we do have a few areas of speculation to go on.

It doesn’t seem likely that any Canadian cities will make the cut, and that’s due to the quarantine guidelines involved in crossing the border. Special concessions would likely have to be made, and it just seems like too much red tape to cut before the target date.

If two American cities are to be selected, there are a couple of potential candidates that stand out. Las Vegas comes up in the rumor mill often, which actually makes a ton of sense for a Western Conference tournament. The city has been empty for the past few months, there are more than enough hotel rooms to accommodate everyone, and they’ve got plenty of facilities and infrastructure to make this thing work.

Pittsburgh seems to be a frontrunner for the Eastern Conference tournament, and the Penguins have reportedly been hard at work on a plan. There’s a “league source” quote floating around out there that says Pittsburgh is 50/50 with Columbus as the Eastern selection, but we could always see that surprise candidate spring up.

We’ll keep you posted with more NHL news in the daily updates as this situation develops.