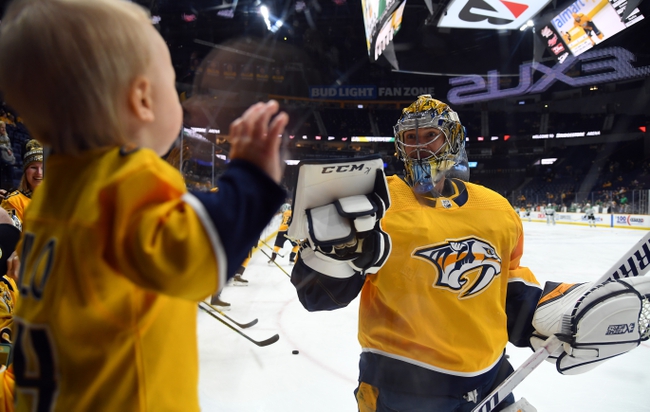 Here’s your daily roundup of all the NHL news that will affect the 2019-20 season restart and Stanley Cup postseason tournament. Today we’re sorting through all the playoffs rumors and speculating on what hockey will look like when teams get back to the ice, so let’s check out all the latest NHL updates. Get Free NHL Picks and NHL Predictions for every game all season long at Sports Chat Place.

NHL Hub Cities Latest - We’re starting to get a feel for the league’s plans in getting the season going again, and every day getting closer to professional hockey. The overall setup is beginning to come into focus: the NHL will choose two hub cities (one for each conference) in which to play the postseason games and house the players.

There’s a shortlist of potential cities the league has been considering, and a few frontrunners have emerged as the likely candidates. Reports trickled out all weekend that Las Vegas would be the Western NHL hub city, which makes lots of sense. Vegas has more than enough hotels and facilities to accommodate everyone, and their infrastructure is smooth when it comes to tourism.

The Eastern hub city choice is a little more complicated, and it seems there are a few potential spots in heavy consideration there with Pittsburgh, Toronto and Columbus as the rumored frontrunners. Based on situational speculation, Toronto seems the odd one out in that trio, as some sort of arrangement and concessions would have to be made with the Canadian government. As of now anyone crossing the border is subject to a two-week isolation period due to the virus, so crisscrossing countries doesn’t make a whole lot of sense. There’s still a chance of something being worked out, but with two federal governments involved there’s plenty of red tape to deal with.

Pittsburgh or Columbus seem to be about 50/50 options otherwise, and either city should be able to handle the NHL tournament chaos just fine. Regardless, we’ll be getting an answer soon. The league is scheduled to make a formal hub city selection announcement on June 22.

Nashville goalie Pekka Rinne was the Goal of the Year winner for an empty-netter in January, and Vegas goalie Marc-Andre Fleury took home Save of the Year with a career-highlight stop back in November.

Some of the less-serious categories were pretty entertaining as well. For instance, Connor McDavid won for Best Dog (his bernadoodle Lenard) and Flyers forward Jakub Voracek took home the Best Beard award.

Dates to Remember - With all the new information coming out on the NHL’s Return to Play, it’s tough to keep the dates together but we’re here to help. The next major milestone will be July 10, as the league will be reopening formal training camps on that date.

Before that, June 22 we’ll know which hub cities will host hockey games, and the tournament schedule (which hasn’t been formed yet) will begin to take shape. In the meantime, we’ll keep you posted in the daily updates.