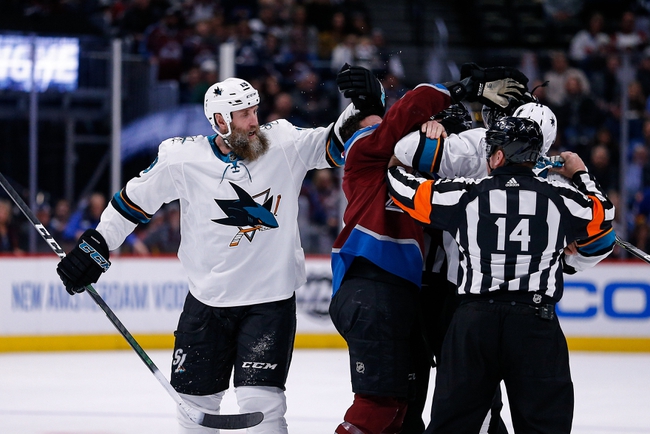 Here’s your daily roundup of all the NHL news that’s affecting the 2019-20 season restart and Stanley Cup tournament. Today we’re looking at some playoff hub city rumors as well as some other tidbits from around the league, so let’s check out the latest NHL updates. Get Free NHL Picks and NHL Predictions for every game all season long at Sports Chat Place.

NHL Hub City Latest - With the format in place for the NHL’s planned Return to Play, the next major step in the process of getting teams back to the ice is figuring out two hub cities (one for each conference) to play the games and house the players. By most indications, Las Vegas is set to the the Western Conference hub city—though nothing has been officially confirmed and likely won’t be until Monday when the league releases the information—but the Eastern Conference city is still up in the air.

Judging by rumors and talk within league and media circles, Pittsburgh and Columbus are strong candidates, and over the weekend were believed to be the frontrunners. It initially seemed unfeasible to play games in any of the proposed Canadian cities (Toronto, Edmonton and Vancouver) due to a two-week isolation requirement for everyone crossing the border, but Tuesday Canadian Prime Minister Justin Trudeau made an announcement that the government was “open” to the NHL operating a hub city there.

Trudeau added that the NHL would have to make the decision, then work with provincial and municipal governments to set the framework. The league has already said that it won’t choose a Canadian city if the players and staff will be subject to the 14-day quarantine period guidelines currently in effect at the border, so some sort of deal would have to be worked out between the NHL and the federal governments of both countries. That seems like a tall order on the surface, but considering how dearly the hockey culture is revered in Canada it’s certainly within the realm of possibility.

We’ll find out what’s happening for sure on Monday (well, that’s how things are planned right now anyway), so there’s sure to be more rumors and tidbits coming in. We’ll keep you posted.

Bieksa On Restart - Former NHL defenseman Kevin Bieksa weighed in on the sentiment of the players on this return to the ice, and he didn’t make it sound like everyone was 100 percent on board with the league’s plans. Bieksa said that a lot of players he’s talked to don’t have their equipment and haven’t even skated yet, adding that they haven’t heard from their teams either.

Bieksa didn’t go into any specifics or name anyone in particular, but he did hit on a sentiment that’s been prevalent in NBA rumor circles; the players want more information, and the leagues just haven’t figured that out yet. It’s still going to be a long road before the NHL gets back to the ice, but with any luck the league can alleviate the players’ concerns and we can finish up the season. Stay tuned for more updates as the situation develops.

The pick in this article is the opinion of the writer, not a Sports Chat Place site consensus.
Previous Pick
NHL News: Update for 6/15/20
Next Pick
Which NHL Goalie Had The Most Shutouts in a Season?