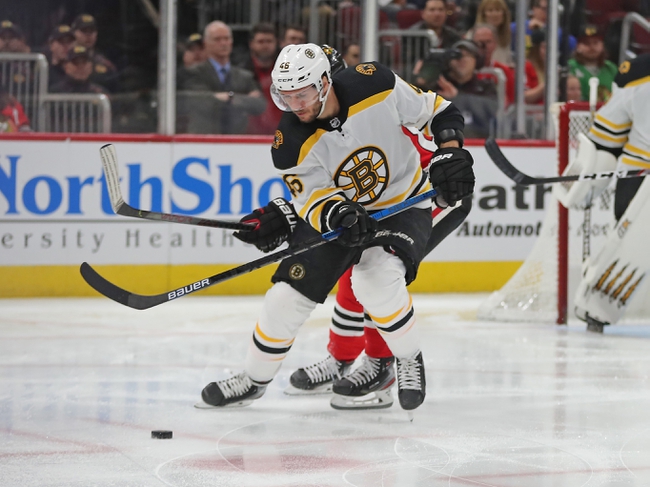 Here’s your daily roundup of all the current NHL news that’s affecting the 2019-20 playoffs. Today we’re continuing to look into the league’s postseason plans and passing along a few player notes, so let’s take a closer look at the latest NHL updates. Get Free NHL Picks and NHL Predictions for every game all season long at Sports Chat Place.

Polak Won’t Return? - It sounds like the Stars won’t have veteran defenseman Roman Polak back for the playoffs. On Monday, he told a Czech website that he is “determined to stay at home,” will do what he can to “avoid it,” and only return “if I really had to finish.”

Even allowing room for translation, Polak’s comments are pretty cut and dried. He would go on to further explain his motivations, claiming the three-week training period the NHL has planned to get ready for the restart simply isn’t enough time for him to get his 34-year-old body prepared for professional hockey. Polak said he needs two months before he gets “off the ground” and questioned whether returning the the NHL this year was really worth the money and effort.

The NHL hasn’t taken an official stance as far as player concerns on returning to the ice, but did say that they’ll be open to anyone’s comments and will try to find amicable solutions when the time comes. We’ve still got a few weeks before training camps are set to open (July 10), so we’ll likely be hearing more players express their concerns about the situation in the near future.

Krejci Comments - While we’re on the subject of players asking the league for more details, the Bruins’ David Krejci raised an interesting concern in a radio interview this week. He said the “big question” on his mind—and likely a lot of other players as well—is whether or not players’ families will be allowed in the two hub cities the NHL will be selecting to play the postseason this year.

Krejci raises a valid concern. Many NHL players have families, and the prospect of being isolated in a different city for two or three months is not a small issue. Krejci’s teammate John Moore expressed a similar sentiment on Tuesday in an interview, calling the potential absence of families “a real concern for a lot of guys.” There could be a substantial number of NHL names who simply choose not to play, as opposed to being in isolation that long and away from loved ones.

Rest assured, we’ll be getting more details on this issue and others as we get closer to the NHL’s target date of announcing the hub cities (Monday), so we’ll keep you updated here.

Bruins’ Playoff Plans - We’ll finish up today with a bit of a strategic idea that could hold some validity. Bruins head coach Bruce Cassidy generated some headlines by stating his team will have a “preseason mentality” for the three opening round-robin games that will determine seeding in the tournament, and may even rest some key players.

Boston was the only team that reached 100 points in the regular season and could have been the No. 1 seed in the Stanley Cup Playoffs, so it appears they’re going to be cautious prior to this new tournament format. It remains to be seen whether or not other teams will follow suit, but it’s an intriguing strategy idea.

The pick in this article is the opinion of the writer, not a Sports Chat Place site consensus.
Previous Pick
Which NHL Goalie Had The Most Shutouts in a Season?
Next Pick
Who was the Winningest Coach in NHL HIstory?