Who was the Winningest Coach in NHL HIstory? 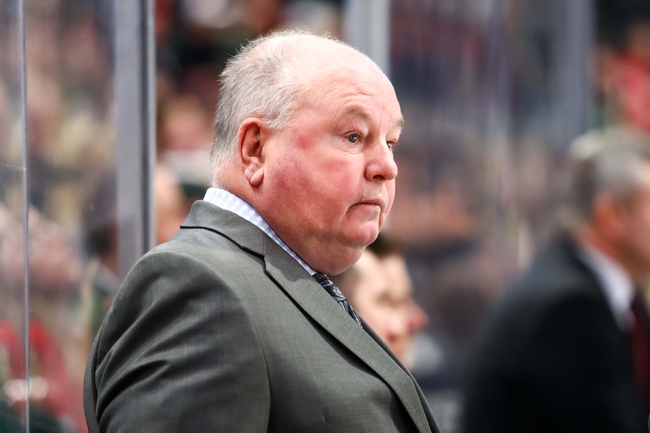 The Coaches With the highest Winning Percentage in NHL History

There have been a lot of elite coaches, but some shit above the rest with their win percentage. Let’s take a look at the ten winningest coaches in NHL history. To qualify for this list, a coach had to be on the bench for at least 100 games. Check back all season long for free picks on every NHL game at Sports Chat Place.

Floyd Smith was in charge of Buffalo for three seasons and Toronto for another season. His best season was in 1974-75 when he had a win percentage of .706.

Bruce Cassidy is one of the active coaches on this list currently sitting at a win percentage of .628. Since taking over the Boston Bruins he has found a lot of success.

Boudreau has been a coach who has struggled in the playoffs, but during the regular season he has found a lot of success.

Todd Reirden has been in charge of the Washington Capitals the last two season leading them to all kinds of success.

Jon Cooper has been in charge of the Tampa Bay Lightning since 2012. In 2014-15, he led the Lightning to the Eastern Conference Championship.

Claude Ruel had two different stints with the Montreal Canadiens finishing his time with them with a .648 percent.

Scotty Bowman coached 2141 games during his NHL career, which makes it even more impressive that he had a .657 win percentage.

Tom Johnson was in charge of the Boston Bruins for three wins in the 1970s and he found a lot of success. In 1971-72 he led the team a Stanley Cup Championship.