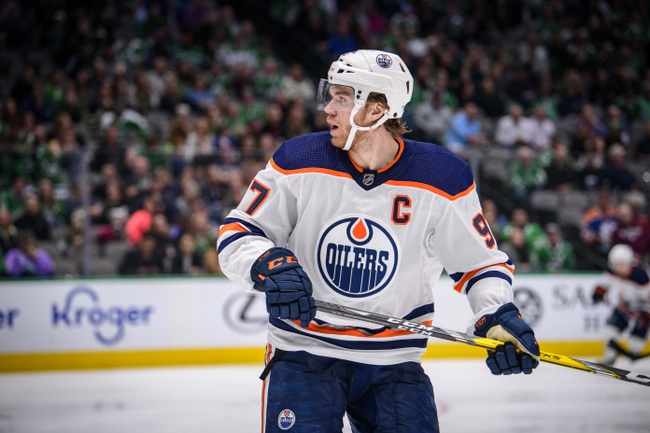 Here’s your daily roundup of all the NHL news that’s affecting the 2019-20 season restart and tournament to decide the Stanley Cup. Today we’re checking out a few player notes and awards races, so let’s get right to it and visit the latest NHL updates. Get Free NHL Picks and NHL Predictions for every game all season long at Sports Chat Place.

Andersson Won’t Join Rangers - Seventh overall 2017 draft pick Lias Andersson declined an invite to attend next month’s training camp with the Rangers. It’s the latest development in an underwhelming NHL stint that hasn’t seen Anderson on the ice for the Blueshirts much.

New York acquired Andersson with that seventh pick which was part of a Derek Stepan/Antii Raanta trade. It was a surprising move at the time and still quite the head-scratcher. Over three seasons, Andersson has played in just 68 games and was on the fourth line for most of them. Although he says he still wants to be a Ranger, Andersson has decided to hold onto his rights and remain in his home country. We’ll keep you posted on New York’s next move.

NHL Awards Watch - Wednesday was originally scheduled to be NHL Awards night, but with everything pushed back the ballots are just now coming in this week. Let’s look at a couple of the major races and speculate on which players could be getting some good news soon.

The Hart Trophy is one of the more interesting ballots this year. One name that continues to emerge there is Connor McDavid, who is a former Hart Trophy winner himself (2017-18) and has finished fifth and third in the two years since. McDavid came off a really tough knee injury last year and played great for the Oilers, pairing excellently with Leon Draisaitl—a Hart candidate himself. Realistically McDavid and Draisaitl will siphon votes from each other and I don’t think either will come out as the winner but both deserve recognition for a vast improvement in Edmonton.

As for the Norris Trophy there are some awesome candidates there as well, including Dougie Hamilton, Charlie McAvoy, Alex Pietrangelo, John Carlson and Roman Josi. Carlson managed a pretty spectacular 1.09 PPG and was a fixture during power plays, but Josi carried the Predators from New Year’s Day onward and played a ton of great minutes. That race will be fun to speculate on as well.

We’ll have more awards info as we roll into the weekend, so stay tuned.

NHL Hub City Latest - We’ll wrap things up today with a look at the latest rumors on the NHL hub cities the league will play its games in. As of now it seems Las Vegas is the clear favorite to land the Western Conference location, but the Eastern has been a bit more complicated.

The NHL is lobbying the Canadian government to relax its coronavirus restrictions, which currently contain a 14-day quarantine rule for athletes. Having one Canadian hub city would be ideal for both the league and the fans, so the government and the NHL have been genuinely trying to make things work.

If the red tape can’t be cleared by the expected announcement date of Monday, we’re looking at a US city being chosen. Pittsburgh and Columbus are probably the most likely choices among the American sites, but we could see some last-minute maneuvering over the weekend. We’ll keep you posted.

The pick in this article is the opinion of the writer, not a Sports Chat Place site consensus.
Previous Pick
Who was the Winningest Coach in NHL HIstory?
Next Pick
NHL News: Update for 6/21/20