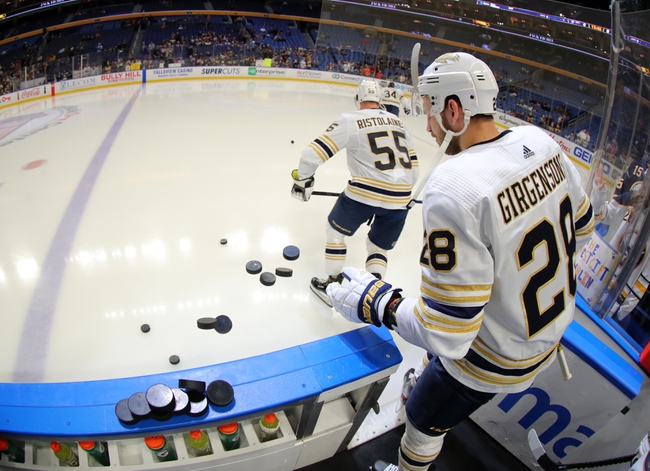 Here’s your daily roundup of all the current NHL news that’s affecting the 2019-20 season and Stanley Cup playoffs. Today we’re examining the restart plans and items from around the league, so let’s jump right in with the latest NHL updates. Get free NHL picks and NHL predictions for every game all season long at Sports Chat Place.

NHL Virus Positive Tests - NHL fans got some rather unsettling news heading into the weekend, as it was reported that 11 out of over 200 players had tested positive for coronavirus. Realistically that’s around five percent and not a huge deal in terms of statistics, but doesn’t bode well for a league that’s trying to keep the remainder of their season virus-free.

The NHL will be announcing testing results (while keeping player identities private) on a weekly basis from here on out, so we should expect more positive tests. So far, it seems most of the players are on board with getting hockey going again in the hub city “bubbles,” but there have been a few scattered players who have said they’ll decline to participate.

In addition, there have been a few reports trickling out over the weekend that indicated a notable amount of players are troubled by the idea of returning to play. One unnamed “prominent agent” even went so far as to estimate 35 to 40 percent of players were unsure about getting back on the ice in 2020.

Sure, a lot of the talk is unsubstantiated rumor, but if there’s a grain of truth in there the league may have to address player concerns more directly. This has been a pretty fluid situation that changes every day as the NHL feels things out, so we’ll see how this shakes out.

NHL Hub City Latest - Over the past couple of weeks, the NHL has been in the busy process of selecting two “hub cities” (one for each conference) in which to house players and finish off the 2019-20 season. Those hub cities have not yet been officially named; it was initially believed the NHL would be announcing their decision today, but in all likelihood it’ll be sometime this week.

So, which cities will get the honor of hosting NHL hockey? Las Vegas has long been the heavy favorite to land the Western Conference, but a recent spike in coronavirus cases there may give the league pause. Clark County reported over 1,700 new cases last week, but the good news is that the related hospitalizations have been steady or declining.

As for the Eastern Conference city, that’s a whole different story. While it was initially believed that Canadian cities like Edmonton, Vancouver and Toronto would be passed over due to virus quarantine restrictions in crossing the US/Canada border, it seems much progress has been made and the governments of both countries are willing to work with the league to make this happen.

If the NHL opts for a US city, Pittsburgh and Columbus are generally believed to be frontrunners due to lower infection rates and adequate infrastructure. It’s still anyone’s guess what the league will do, but we’ll keep you posted in the daily updates when the decision comes in.