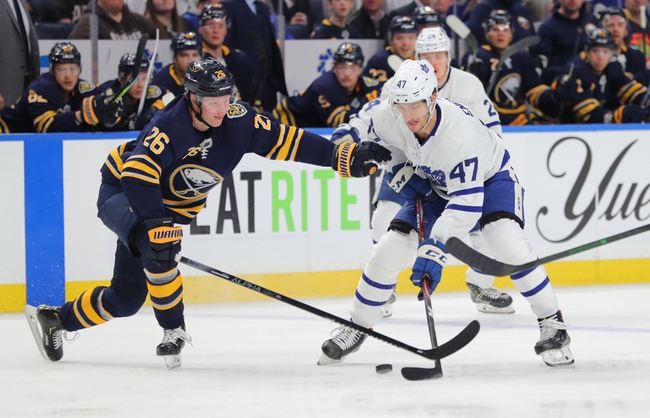 NHL Hub City Update - The NHL is expected to choose two “hub cities” (one for each conference) to house the players and hold the games during this year’s playoffs. The official announcement on which cities will host the teams is expected to come this week, and no one really knows for sure which ones will be selected. Let’s try to wade through some of the current rumors and speculate on this one.

According to a report that surfaced Monday, there are six finalists still under consideration. Those cities are Chicago, Las Vegas, Edmonton, Los Angeles, Toronto and Vancouver. Las Vegas doesn’t come as any surprise, as it has long been expected to be the Western Conference host city. There are plenty of hotels and facilities in Vegas so the infrastructure is there. There’s a chance the NHL could pull a surprise move and pick a different spot for the West, but in most likelihood it’s going to be Las Vegas. I think.

As for the Eastern Conference, it was long expected that Pittsburg, Columbus and a few Canadian cities were the strongest contenders, but with the Penguins’ and Jackets’ home spots off the board in this new report, it’s anyone’s guess. The NHL has been actively trying to figure out a way to work with the Canadian government and bypass some of the virus protocols in place at the border, and Canada by all indications has been trying to help as much as possible. There’s still a lot of red tape to cut through however, and that’s probably one of the reasons the league has pushed back their decision by a few days.

My Hub City Prediction: Toronto - If I had to guess, I would say Toronto is likely the strongest contender left out East. Vancouver and Edmonton are in a later time zone, and the league would be smart to keep an early game/late game conference setup for the playoffs. Also, having one Canadian city in the mix would be ideal for both the NHL and its hockey-loving fans from the neighboring countries.

The official announcement could come at any time, so we’ll keep you updated here.

NHL Expanding Practices - We’ll finish up today with some promising news as part of ramping hockey activities back up. Starting today, the league is allowing teams to expand the number of players in on-ice workouts from six to 12. Prior to this, teams were under Phase 2 guidelines of the NHL’s Return to Play plan, allowing small group workouts only.

Looking ahead (if all goes according to plan), we’re looking at July 10 as the date for teams to hold formal training camps heading into the 24-team playoff format. We’ll have to keep an eye on virus outbreaks and setbacks with all of that, but for now it’s good news.

The pick in this article is the opinion of the writer, not a Sports Chat Place site consensus.
Previous Pick
NHL News: Update for 6/22/20
Next Pick
Which NHL Goalies had the Most Shutouts During a Playoff Career?