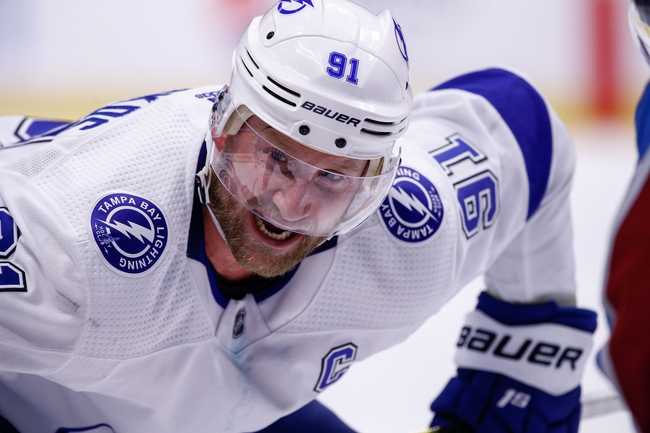 Here’s your daily roundup of all the NHL news that’s affecting the 2019-20 restart and Stanley Cup playoffs. Today we’re checking out some more news and rumors from around the league, so let’s get right to it and visit the latest NHL updates. Check back all season long for free NHL picks and NHL predictions at Sports Chat Place.

NHL Hub Cities Latest - We’re still awaiting the league’s decision on two hub cities in which to host the 2019-20 Stanley Cup playoffs. This has been a deliberately drawn-out process, as the NHL takes its time in getting the selection right. Factors like infrastructure, virus numbers, travel and lodging have been major concerns in picking the cities, but the league has narrowed its choices down to a half-dozen spots.

Currently, Las Vegas, Chicago, Edmonton, Los Angeles, Toronto and Vancouver are being considered as potential hub cities (there will be one for each conference). Las Vegas has long been considered the favorite to land the Western Conference site, but nothing is set in stone. We could see LA, Edmonton or Vancouver make a surprise leap there.

As far as the Eastern Conference hub, we’re looking at Toronto and Chicago in all likelihood due to their earlier time zones. The NHL would ideally like to have one Canadian site in there, so I personally have felt for a while that Las Vegas and Toronto make the most sense. That way the NHL has one American and one Canadian hub, as well as an early game/late game setup for the playoffs.

It’s still anyone’s guess what the league will come up with however, so stay tuned and we’ll keep you posted in the daily updates.

What Do the Players Think? - In the time since the league announced its restart plans, we’ve gotten a few public comments from players as far as what the sentiment is like about returning to the ice. Even if it’s not in so many words—Lightning forward Steven Stamkos posted a “think” emoji on Twitter in response to the NHL’s Phase 2 opening—the players are projecting themselves as cautiously optimistic about getting back into action. The reopening process between the league and players has so far been quite amicable and smooth, however. (Take note, MLB.)

The players still have to approve the NHL’s health and safety protocols plan, and by all indications they’re approaching it in a thoughtful and pragmatic manner. Panthers forward Brian Boyle made some comments this week about how most players were eager to get back to the ice, but there were “a lot of guys” who “are going to draw the line where if it’s too dangerous, it’s too dangerous.”

Rest assured, some players will sit out of the restart this season, but on the whole it seems like both the league and the skaters are ready to get back to the ice as long as everything looks safe and well-planned. There are still many details to work out however (not to mention the hub cities themselves), so we'll be back here with more news and updates tomorrow.

The pick in this article is the opinion of the writer, not a Sports Chat Place site consensus.
Previous Pick
Which NHL Goalies had the Most Shutouts During a Playoff Career?
Next Pick
NHL News: Update for 6/25/20