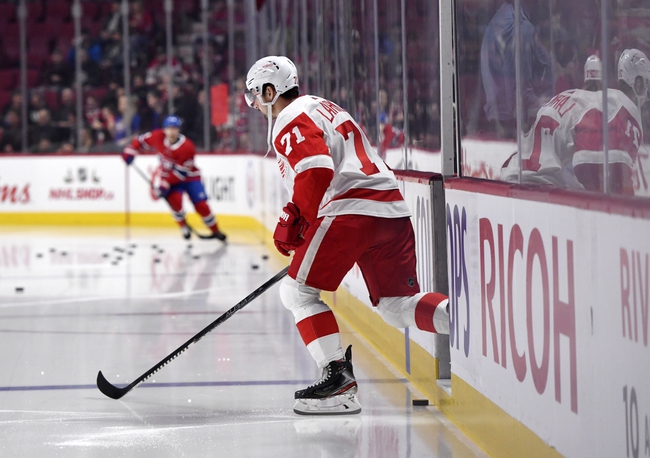 Here’s your daily roundup of all the current NHL news that’s affecting the 2019-20 season restart and Stanley Cup playoffs. Today we’re examining the ongoing discussions between the league and the players while getting a feel for what hockey will look like when teams hit the ice again. Let’s dive right in with the latest NHL updates. Check back all season long for free NHL picks and NHL predictions at Sports Chat Place.

NHL CBA Extension Update - We’re getting closer to the planned July 10 opening of NHL training camps and it looks like hockey is once again ready to go for this season, but there are still plenty of other issues for the league and players to work out. One of those is an extension to the collective bargaining agreement between the league and players, which the players will be voting on soon. If the early reports are any indication, we might see a negotiations fight on our hands.

According to sources, the proposed CBA caps escrow at 20 percent for the 20-21 NHL season. That’s way below the original estimates of 30-35 percent, not to mention the other aspect of a proposed 10 percent salary deferral by every player for one season. That money would come back to the players eventually at a lower escrow, but it has the makings of a major sticking point.

We’ve still got a long way to go before we reach MLB-level bickering and infighting here, but this CBA discussion does certainly have the potential to turn ugly. We’ll keep you posted in the daily updates as the league and players work it out.

Seven non-playoff teams and eight placeholder teams (which will be sorted out during the qualifying round when the NHL gets to playing again) will take part in the Draft Lottery. The teams with the best odds are Detroit, Ottawa, LA, Anaheim, New Jersey and Buffalo. Depending on how things shake out, we could see a Phase 2 of the drawing following the qualifying round. The different scenarios are pretty complicated stuff honestly, but it’ll get much simpler after tonight, and we’ll keep you updated.

NHL Hub City Updates - We’ll finish up today by taking a look at the NHL’s possible hub city options, which seem to change daily. Vancouver was the latest city to be eliminated from the running this week, and we’ve got five cities left in the running: Las Vegas, Chicago, Los Angeles, Edmonton and Toronto.

Los Angeles has long been believe to be the strongest contender for the Western Conference hub, but there’s always a chance LA or Edmonton could sneak in there. For the East it’s Chicago or Toronto. It’s believed that the NHL would ideally like to have one Canadian hub city, so I’ve always thought Las Vegas and Toronto make the most sense. It’s still anyone’s guess though, and if any new information comes through we’ll let you know in the daily updates.