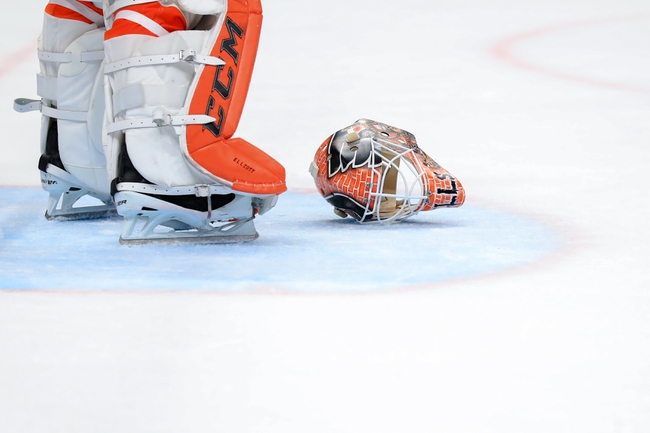 Here’s your daily roundup of all the current NHL news that’s affecting the 2019-20 Stanley Cup playoffs and beyond. Today we’re checking in on some draft lottery highlights and visiting with those very interesting storylines, so let’s jump right in with the latest NHL updates. Check back all season long for free NHL picks and NHL predictions at Sports Chat Place.

Friday evening (on what was supposed to be the actual draft night), we got a much-discussed scenario as a placeholder team won the number one pick despite a relatively paltry 2.5 percent chance of landing there. That means we’re going to have to wait for the NHL to resume games (assuming that actually happens) before we know which team that is, and the next phase of the draft lottery will be highly important.

The teams still left in the running for that No. 1 pick (which presumably will be consensus top guy Alex Lafreniere) are the Coyotes, Canadiens, Blackhawks, Wild, Predators, Canucks, Panthers, Rangers, Flames, Jets, Islanders, Blue Jackets, Maple Leafs, Hurricanes, Oilers and Penguins. The Red Wings, who had the best single-spot odds, dropped out of the top three despite just 39 points in 71 games this season, and Ottawa gets the minor victory of having two top-five picks. Here’s a look at the top-eight order.

It’s pretty wild stuff, and sure to be divisive for some time to come. The good news is that this is considered a deep draft and pretty much everyone has a nice shot on a first-round pick paying off. We should get all sorts of trade-up and trade-back talk, too.

What happens next? Well, after the qualifying round of the 2020 playoffs, there will be a second lottery drawing (Phase 2) containing NHL teams that are eliminated from that round. Each of those teams gets a 12.5 percent chance at the No. 1 selection.

Tanking in the 2020 Qualifying Round? - The unexpected “placeholder” No. 1 pick outcome has raised a lot of interesting scenarios, and honestly it wouldn’t be surprising to see a team “lose for Lafreniere.” Considering a squad like the Blue Jackets has almost zero chance of winning the Stanley Cup this year, as opposed to an eight percent chance of getting the No. 1 pick if they finish last in the qualifying round, it’s not as crazy as you might think.

We’re still waiting to find out the specific “hub cities” the NHL will play in this season (a decision almost a week overdue from its original timeline at this point), but we’re sure to hear more rumors about this as the return to the ice draws closer. Stay tuned.