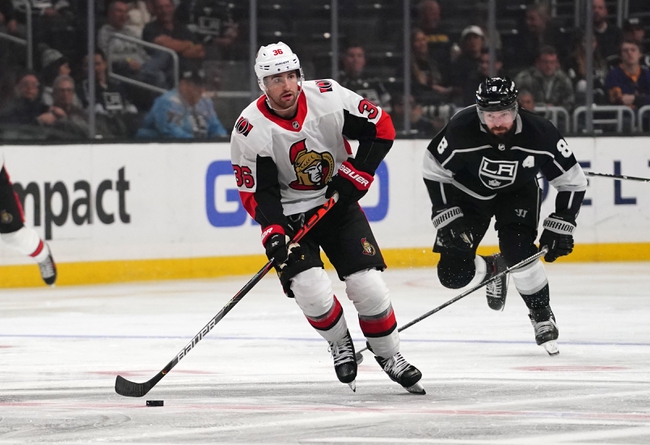 Here’s your daily roundup of all the current NHL news that’s affecting the 2019-20 Stanley Cup playoffs. Today we’re speculating on the draft and visiting with a few situations from around the league. Let’s jump right in with the latest NHL updates. Check back all season long for free NHL picks and NHL predictions at Sports Chat Place.

NHL Hub City News - It’s been a pretty methodical process over the last few weeks as the NHL goes through its selections as far as hub cities. In short, the league will be selecting two cities—one for each conference—to host games and provide housing for players in 2020 as the season gets going again. We don’t have an official word from the league just yet, as the NHL has been taking its time in weighing options, but over the last day there have been some strong rumors as to which sites will make the cut.

By most indications over the past 24 hours, the NHL is preparing to name Toronto and Edmonton as the hub cities. Originally there were a handful of spots under consideration—and originally the NHL seemed to be aiming for a best-case-scenario of a city in both Canada and the United States, but it seems that’s not feasible under current health/safety guidelines.

Barring a last-minute switch to a site like Las Vegas or Chicago, Toronto and Edmonton do make sense as hub city selections. We’ve got a nice setup for an early-game/late-game format for the playoffs, and with Eastern Conference teams likely going to the westernmost city and vice-versa, there’s no “home ice” advantage for any one squad.

So once the hub cities are officially announced, what comes next? Well, the players’ union will have to vote to approve the NHL’s plans, but by most indications those talks have been going smoothly and we shouldn’t see any snags. I would imagine an official decision will be made before the weekend, but right now it’s anyone’s guess. The NHL is taking its time to make sure they get all the contingencies lined out. We’ll keep you updated when the official word comes through, however.

Number 2 Draft Pick? - Despite the 2020 NHL Draft Lottery having been completed, there are still a ton of questions left when it comes to the actual draft. Which team will pick No. 1 overall is still a mystery; that will be decided by games in the NHL restart, so we’ll have to wait on that one. Alexis Lafreniere is still the consensus No. 1 pick and will almost certainly go to whichever team is fortunate enough to land in that spot. Beyond that however, we can get a few clues as to which players will go next.

In most people’s eyes, Quinton Byfield and Tim Stutzle are set to be the Nos. 2 and 3 picks. The Kings are sitting in that No. 2 spot, and most of the speculation has that team taking Byfield. I’m probably inclined to agree there. The young Byfield is the tallest of the 2020 prospects, and he’s got some great puck moves for such a big guy. Los Angeles does have a glut of young centers in its farm system though, so trading back is always an option. Ottawa has two top-five selections (Nos. 3 and 5), and it makes sense for the Senators to potentially trade into the two-spot if they really want Byfield. Should make for an interesting draft at least.