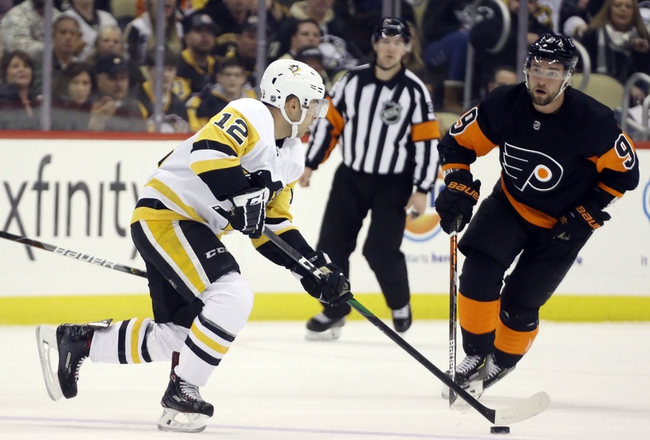 The Philadelphia Flyers and Pittsburgh Penguins meet up in the hub city of Toronto on Tuesday night as they get prepared for the NHL playoffs just around the corner.

The Penguins look to gain some early return to action confidence and hand their bitter rivals a loss in the process as they take on the the Philadelphia Flyers at Scotiabank Arena in Toronto on Tuesday. Pittsburgh will represent the Eastern Conference as the 5th seed and will take on 12th seeded Montreal in the opening round of the playoffs, just missing out on the automatic advancement into the Conference semi-finals which goes to the top 4 teams in each conference, with the 4th seed currently occupied by the Flyers. Pittsburgh made some big moves throughout the season that were never able to come to fruition and now with some of their top guys back in full health and some time to get their legs back this could be a team to watch out for come playoff time.

The Flyers meanwhile have gone on a surprising run to the 4th seed in the Eastern Conference and have been picked by many to continue their surge to perhaps a Stanley Cup final berth. The Flyers are led in the crease by young star Carter Hart who has really made a name for himself this season and if he can finally put an end to a long track record of goaltending futility in The City of Brotherly Love this could be a Flyers team in the mix for championships for many years. The Flyers generated a record of 41-21-7 with an impressive plus-36 goal differential before the stoppage and while it isn’t the most reliable metric for playoff success, it is often a good indicator of whether a team has the pedigree to make a lengthy run.

The Pens and Flyers are obviously not too fond of each other and whether this was being played at full capacity in a decisive Game 7 or on the street without fanfare these two will want to find a way to win against each other. This one has the makings of an offensive show as I expect the goaltenders to need a bit of time to shake off the rust and as such look for this one to go over the number.

The pick in this article is the opinion of the writer, not a Sports Chat Place site consensus.
Previous Pick
NHL News: Update for 7/5/20
Next Pick
Montreal Canadiens vs. Toronto Maple Leafs - 7/28/20 NHL Pick, Odds, and Prediction