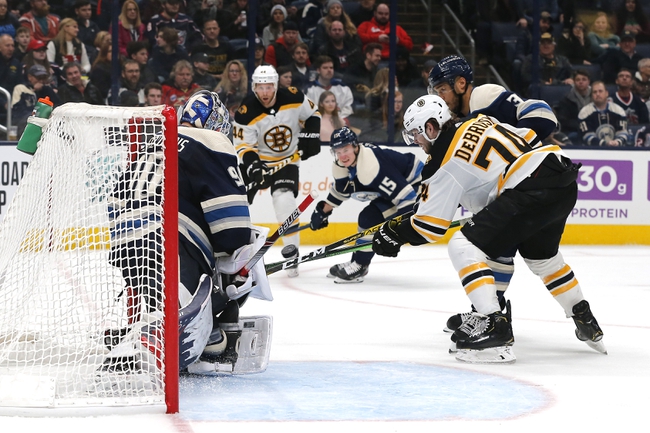 The Boston Bruins entered the break winning 10 of their last 13 games. The Boston Bruins are averaging 3.2 goals per game and are scoring on 25.2 percent of their power play opportunities. David Pastrnak leads Boston with 48 goals, Brad Marchand has 59 assists and Patrice Bergeron has 203 shots on goal. Defensively, the Boston Bruins are allowing 2.4 goals per game and are killing 84.2 percent of their opponents power plays. Tuukka Rask has given up 85 goals on 1,189 shots faced and Jaroslav Halak has allowed 73 goals on 905 shots.

The Columbus Blue Jackets have won the last two meetings against the Boston Bruins and four of the last seven meetings overall. In fact, the Blue Jackets have outscored the Bruins 5-1 in the last two matches, so there's reason to consider them in this meaningless contest. Unfortunately, that's the only reason to give the Blue Jackets a look here. These teams were heading in completely different directions before the break with the Boston Bruins winning 10 of their last 13 meetings, while the Blue Jackets lost 12 of their last 15 games. Some would argue that the break should help the Columbus Blue Jackets get back on track. You can also argue the break was terrible for the Bruins, as the last thing you want is a stoppage when everything is going well.

Still, it's hard not to side with the Bruins in this contest based on what we saw the last time these teams were on the ice.