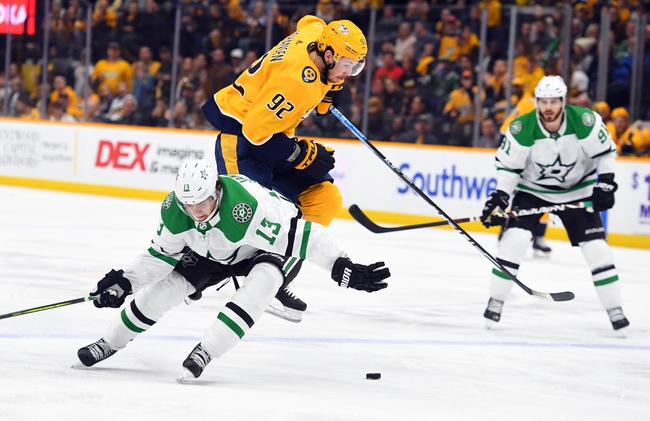 The Dallas Stars entered the NHL break on a rough six-game losing streak. The Dallas Stars are averaging 2.6 goals per game and are scoring on 21.1 percent of their power play opportunities. Denis Gurianov leads Dallas with 20 goals, Tyler Seguin has 33 assists and Alexander Radulov has 132 shots on goal. Defensively, the Dallas Stars are allowing 2.5 goals per game and are killing 79.7 percent of their opponents power plays. Ben Bishop has given up 103 goals on 1,286 shots faced and Anton Khudobin has allowed 62 goals on 882 shots.

The Dallas Stars have won five of the last seven meetings against the Nashville Predators, but they entered the break playing horrible hockey, which includes six straight losses and an offense that had consistent trouble finding the back of the net. The Nashville Predators were playing some of their better hockey before the unexpected break took place, which included three straight victories and a 1-0 win over the Dallas Stars. The Dallas Stars have scored a combined two goals in their last three games and haven't won a game since February 25. Obviously, we have no idea what these teams will look like after months off, but the Preds were playing the better hockey at the time and that's almost all we have to go off of as we enter this new season.

I'll side with the Nashville Predators in this exhibition game.